According to a study published this week, most pregnant women with the coronavirus do not suffer worse illness than the general population who have the novel virus.

Published Monday in the American Journal of Obstetrics & Gynecology, the study, which took place over the course of two weeks, looked at 43 pregnant women who were diagnosed with the coronavirus in New York.

During the study, which ran from March 13 to March 27, about 80% of participants developed mild forms of the disease, 15% had severe forms and 5% were critically ill from the coronavirus disease. Based on testing performed on babies after they were born, it didn't seem as if they were infected.

The results were similar to that of the findings from a study conducted in China that also looked at pregnant women with COVID-19.

"Pregnant women are usually at risk of getting very sick when they contract other respiratory infections like influenza and SARS  they can go into preterm labor, have miscarriages and stillbirths, and end up needing intensive care treatment," she added.

The newly published study, according to CNN, had starkly contrasting results in women compared to other pandemics such as H1N1 and SARS. With those diseases, pregnant women were more susceptible than other people. They also had more serious complications result from those illnesses along with a greater risk of death.

Still, a different study found the coronavirus could be passed on to babies.

The current study noted that more research needs to be done.

"We believe that a strategy including universal testing of all pregnant women admitted to the Labor Unit in addition to those who present for triage evaluation of symptomatic complaints has obvious benefits that should inform best practices to protect patients, their families, and the obstetrical providers who care for them. Further research is indicated to understand the true magnitude of risks and to improve management," the study said. 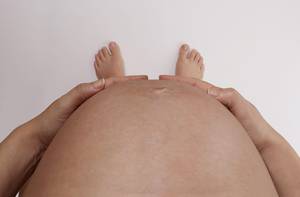