B-type procyanidins, made of catechin oligomers, are a class of polyphenols found abundantly in foods like cocoa, apples, grape seeds, and red wine. Several studies have established the benefits of these micronutrients in reducing the risk of cardiovascular diseases and strokes. B-type procyanidins are also successful in controlling hypertension, dyslipidemia, and glucose intolerance. Studies attest to the physiological benefits of their intake on the central nervous system (CNS), namely an improvement in cognitive functions. These physiological changes follow a pattern of hormesis -- a phenomenon in which peak benefits of a substance are achieved at mid-range doses, becoming progressively lesser at lower and higher doses.

The dose-response relationship of most bioactive compounds follows a monotonic pattern, in which a higher dose shows a greater response. However, in some exceptional cases, a U-shaped dose-response curve is seen. This U-shaped curve signifies hormesis -- an adaptive response, in which a low dose of usually a harmful compound induces resistance in the body to its higher doses. This means that exposure to low levels of a harmful trigger can induce the activation of stress-resistant pathways, leading to greater repair and regeneration capabilities. In the case of B-type procyanidins, several in vitro studies support their hormetic effects, but these results have not been demonstrated in vivo.

To address this knowledge gap, researchers from Shibaura Institute of Technology (SIT), Japan, led by Professor Naomi Osakabe from the Department of Bioscience and Engineering, reviewed the data from intervention trials supporting hormetic responses of B-type procyanidin ingestion. The team, comprising Taiki Fushimi and Yasuyuki Fujii from the Graduate School of Engineering and Science (SIT), also conducted invivo experiments to understand possible connections between B-type procyanidin hormetic responses and CNS neurotransmitter receptor activation. Their article was made available online on June 15, 2022, and has been published in volume 9 of Frontiers of Nutrition on September 7, 2022.

The researchers noted that a single oral administration of an optimal dose of cocoa flavanol temporarily increased the blood pressure and heart rate in rats. But the hemodynamics did not change when the dose was increased or decreased. Administration of B-type procyanidin monomer and various oligomers produced similar results. According to Professor Osakabe, "These results are consistent with those of intervention studies following a single intake of food rich in B-type procyanidin and support the U-shaped dose-response theory, or hormesis, of polyphenols."

To observe whether the sympathetic nervous system (SNS) is involved in the hemodynamic changes induced by B-type procyanidins, the team administered adrenaline blockers in test rats. This successfully decreased the temporary increase in heart rate induced by the optimal dose of cocoa flavanol. A different kind of blocker -- a1 blocker -- inhibited the transient rise in blood pressure. This suggested that the SNS, which controls the action of adrenaline blockers, is responsible for the hemodynamic and metabolic changes induced by a single oral dose of B-type procyanidin.

Previous studies have proven the role of the gut-brain axis in controlling hormetic stress-related responses. The activation of the hypothalamus-pituitary-adrenal (HPA) axis by optimal stress has a strong influence on memory, cognition, and stress tolerance. This article highlights how HPA activation occurs after a single dose of B-type procyanidin, suggesting that stimulation with an oral dose of B-type procyanidin might be a stressor for mammals and cause SNS activation.

Hormesis and its triggering biochemical pathways deliver protection against various pathological and aging processes, enhancing our general health and making us resilient to future stress. Though the exact relation between B-type procyanidins and the CNS needs more research, the health benefits of B-type procyanidin-rich foods remain undisputed. 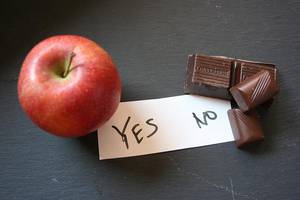