Basal cell carcinoma (BCC), squamous cell carcinoma (SCC), keratinocyte carcinoma, and melanoma risks were found to be higher among a group of 4122 patients who had neurofibromatosis type 1 (NF1), according to new study findings in JAMA Dermatology.

Patients who have NF1 do not have neurofibromin, a tumor suppressor gene, and because of this, they can develop benign skin, eye, and nervous system tumors and have a higher risk of nervous system or other solid organ cancers, the study investigators wrote.

“Although patients with NF1 often present to dermatologists for skin concerns, their risk of BCC, SCC, and melanoma remains unclear,” the investigators wrote. “Biallelic loss of NF1 (OMIM 613113) leads to hyperactivation of RAS signaling pathways.”

The Clinformatics Data Mart provided data for this retrospective cohort study that took place between January 1, 2009, and March 31, 2021. The mean (SD) patient age was 47 (18) years, and 55.5% of study participants were women; each patient with NF1 was matched to up to 10 patients (n = 41,064) who did not have the genetic syndrome. A NF1 diagnosis was shown by International Classification of Diseases, Ninth Revision or International Statistical Classification of Diseases and Related Health Problems, Tenth Revision diagnosis codes.

A subanalysis that compared rates of melanoma and keratinocyte carcinoma between White patients and Asian, Black, or Hispanic patients found overall higher risks of both cancers among those with NF1, but there were notable difference in those risks among the ethnicities studied.

“Whole-exome sequencing has established NF1 as the third most frequently mutated gene in melanomas,” the researchers noted. “About 12% to 18% of melanomas and 45% to 93% of desmoplastic melanomas harbor NF1 alterations.”

In addition, suppressing NF1 has been linked to RAS activation in melanogenesis and SCC pathogenesis, while RAS/MAPK activation has been associated with drug resistance in certain BCC subtypes, they noted. 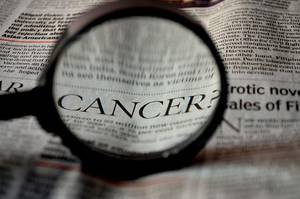