Effective and safe treatments are needed for medulloblastoma—the most common type of cancerous brain tumor in children—especially for patients whose cancer has spread to the spinal cord. A recent phase I clinical trial led by researchers at Atrium Health Levine Children’s Hospital and Massachusetts General Hospital (MGH) has generated promising results for a new blocking antibody therapy that targets a protein critical to medulloblastoma cells’ ability to multiply and spread. The findings are published in Clinical Cancer Research, a journal of the American Association for Cancer Research.

The antibody, called TB-403, recognizes placental growth factor (PlGF), over-expressed in some types of malignant tumors. The MGH research team previously showed that PlGF and its receptor neuropilin 1 (NRP1) are often overexpressed in human medulloblastomas and are required for its growth and progression in experimental models in mice (Cell 2013). That work also demonstrated that blocking the PlGF/NRP1 pathway in medulloblastoma models caused tumor regression, decreased spread to the spinal cord, and prolonged survival.

“Beyond the new biological insights, the experimental results were particularly exciting because blocking PlGF, unlike other cancer-related pathways, was safe in humans and thus was a particularly promising strategy in the pediatric population,” says senior author Rakesh K. Jain, PhD, director of the E.L. Steele Laboratories for Tumor Biology at MGH and the Andrew Werk Cook Professor of Radiation Oncology at Harvard Medical School. “We are thrilled to see the initial translation of these concepts into a clinical trial.”

The investigators’ phase I, open-label, multicenter dose-escalation study enrolled 15 children with relapsed or refractory medulloblastoma that did not respond to standard treatments. Patients received increasing doses of the anti-human PlGF antibody TB-403 (20 mg/kg, 50 mg/kg, 100 mg/kg, and 175 mg/kg), and all patients received two doses of TB-403 in the first cycle of treatment. The maximum tolerated dose—defined in clinical trials as the highest dose of a drug that does not cause unacceptable toxicity—was not reached. Moreover, although there were no partial tumor responses (significant reductions in tumor size) in this treatment-refractory population, seven of 11 patients experienced disease stabilization—stoppage of progression—and which persisted for more than 100 days in four of those patients.

The investigators concluded that TB403 treatment was well tolerated and induced stable disease in some medulloblastomas in a setting with no effective treatments available.

“These findings indicate that treatment with TB-403 should be tested in larger studies of children with advanced medulloblastoma and perhaps at earlier stages, in combination with standard therapies,” says lead and corresponding author Giselle L. Saulnier Sholler, MD, director of the Isabella Santos Foundation Solid and Rare Tumor Program and chair of the Beat Childhood Cancer Research Consortium at Levine Children’s Hospital. 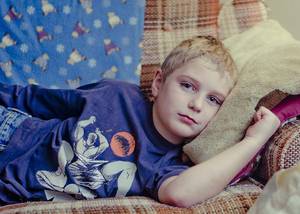 Exploring Therapeutic Updates for Lymphoma
UP NEXT...
Closing the Gaps in Cancer Screening: Insights from the President's Cancer Panel
CME