Brain metastasis is one of the most common causes of cancer-related deaths and occurs very frequently in patients with advanced melanoma. Although new immunotherapies are effective in some patients with melanoma brain metastases, little is known about the reasons for melanoma’s spread to the brain and the lower response rates to many therapies.

Columbia researchers have now completed one of the most comprehensive studies of the cells inside melanoma brain metastases, uncovering details that could spur the development of a new generation of therapies.

“Brain metastases are extremely common in patients with melanoma, but we have only had a rudimentary understanding of the underlying biology,” says study leader Benjamin Izar, MD, PhD, assistant professor of medicine at Columbia University Vagelos College of Physicians and Surgeons. “Our study gives us new insights into the genomics, immunology, and spatial organization of these tumors and serves as a foundation for further discovery and therapeutic exploration.”

The findings were published online in Cell.

“Such studies are typically performed on fresh brain samples, which are in short supply, drastically limiting the number of tumors that can be analyzed. In contrast, we have many frozen melanoma samples in our tissue bank,” Izar says.

“This innovation also allowed us to analyze tissues from patients who had not been treated, letting us see the biology of the tumor and its microenvironment before they're altered by therapy."

With metastatic tumors from several dozen melanoma patients, Izar and his colleagues analyzed the genes expressed in more than 100,000 individual cells.

The analysis revealed that melanoma brain metastases are more chromosomally unstable than melanoma metastases in other parts of the body.

“Chromosomal instability is the perpetual gain and loss of large chromosomal fragments; this process triggers signaling pathways that make cells more likely to spread and better able to suppress the body’s immune response,” says Johannes C. Melms, MD, a molecular postdoctoral fellow in the Izar lab and one of the study’s first authors.

These pathways could be important therapeutic targets. “Several experimental drugs that reduce chromosomal instability are going to be tested in humans soon,” Melms says. “We now have a rationale to evaluate these drugs in patients with melanoma metastases in the brain.”

The researchers also uncovered two other characteristics of melanoma brain metastases that may help to hide the cells from the patient’s immune system. The researchers found that the metastases alter immune cells, specifically macrophages and T cells, in the tumor microenvironment in a way that promotes cancer growth. And they found that the cells adopt a neuronal-like state inside the brain.

“It’s possible that these changes help tumor cells adapt and survive in their new environment while avoiding ensuing immune responses,” says Jana Biermann, PhD, a computational postdoctoral fellow in the Izar lab and one of the study’s first authors.

Finally, the researchers were able to perform the first spatial analysis of melanoma brain metastases, by analyzing and piecing together analyses of multiple slices of the tumors much the way a CT scanner creates three-dimensional images.

“It turns out there’s quite a bit of geographic variability from one tumor to the next and even within a given tumor, in terms of metabolic and immune pathways,” says Izar.

“We are just beginning to understand how to think of spatial variability, but it’s clear that this will be key to increasing chances for complete tumor responses to novel therapies.” 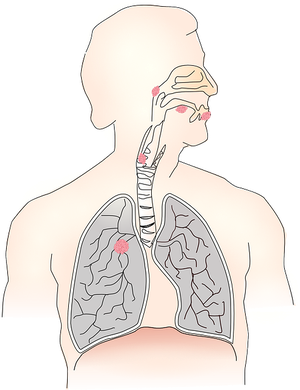