A transgenic mouse developed at Cincinnati Children's to model the deadly childhood immune disease HLH (hemophagocytic lymphohistiocytosis) may play a key role in saving lives during the COVID-19 virus pandemic.

One of the genetically engineered mouse strain's inventors—Cincinnati Children's cancer pathologist Gang Huang, Ph.D.— is co-investigator on a small clinical trial that successfully tested a drug used to treat to HLH (ruxolitinib) to dramatically reverse respiratory and multi-system inflammation in severely ill COVID-19 patients. Data from the Phase II clinical study is published in the Journal of Allergy and Clinical Immunology.

The study involved 43 hospitalized patients diagnosed with severe COVID-19 between February 9 and February 28 in Wuhan, China, believed to be ground zero for the pandemic. The multi-center study was led by Jianfeng Zhou, MD, Ph.D., Department of Hematology at Tongji Hospital, Tongji Medical College and Huazhong University of Science in Wuhan.

Zhou is a longtime collaborator of Huang and colleagues at the Cincinnati Children's HLH Center of Excellence, part of the Cancer and Blood Diseases Institute.

"Ruxolitinib recipients had a numerically faster clinical improvement," study authors write in their report. "Significant chest CT improvement, a faster recovery from lymphopenia, and favorable side-effect profile in ruxolitinib group were encouraging and informative to future trials to test efficacy of ruxolitinib in a larger population."

More clinical testing of the drug is needed. A larger Phase III clinical trial RUXCOVID by Incyte and Novartis is now testing up to 400 severely ill COVID-19 patients with the drug, according to Huang. Preliminary clinical data from the study is expected during the summer, he added.

"This is the first therapy we know of that appears to work effectively to quiet the cytokine storm and inflammation in severe COVID-19 disease, and there are no significant toxicities to patients who take the drug by two pills a day," Huang said. "This is critical until we can develop and distribute enough effective vaccines to help prevent people from becoming infected."

The so-called cytokine storm that inundates the bodies of severely ill COVID-19 patients with inflammatory cells produced by the immune system is a common feature of children battling secondary HLH, which happens in patients where initial HLH treatment has not worked. Huang, who along with a large portion of the world's scientific community was busy trying to study and find solutions to COVID-19, noticed this common clinical feature of both illnesses.

He also noticed that severe COVID-19 disease clinical manifestations are very similar to those seen in transgenic laboratory mice created to faithfully mimic human secondary HLH in the lab. That preclinical laboratory research, some of it in collaboration with the researchers in Wuhan, China, helped identify the drug ruxolitinib for treating secondary HLH. The anti-inflammatory drug is also used to treat other blood diseases including leukemia.

"I approached our research colleagues in Wuhan and explained our observations and recommended this drug be tested to quiet the cytokine storm in the multi-system inflammation in patients with severe COVID-19 disease," Huang said. "The disease was spreading very rapidly and many people were dying. We believed the existing clinical drug would help save lives. So, we worked to push it forward before there is an effective vaccine for everyone."

Huang said the work with colleagues in China was completed on a compressed timeframe as scientists around the world went on high alert to battle the pandemic in January. During their work, Huang and researchers in China found other clinical studies involving other diseases where ruxolitinib also had worked well at quieting inflammation, and testing on COVID-19 patients proceeded. 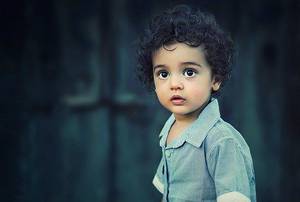