DNA sequencing is becoming a more commonplace method for detecting diseases and improving precision medicine. Because DNA sequencing does not detect all possible disease-causing mutations, RNA sequencing is often used to address this important gap. However, RNA sequencing is typically performed on clinically-accessible tissues from blood and skin and likely does not represent a complete view of the rest of the body.

Hoping to refine the usefulness of RNA sequencing, a team of researchers from Children's Hospital of Philadelphia (CHOP) and the Perelman School of Medicine at the University of Pennsylvania reviewed a database of RNA sequencing results in non-clinically-accessible tissues from organs like the brain and heart. This helped them identify differences between tissues that were well expressed to help identify when clinically-accessible tissues like blood and skin samples are most useful and when they are not. To aid future sequencing and aid diagnosis, the study team also developed an online resource outlining how these differences affect specific tissues and genes of interest. The findings were published online today by the journal Genetics in Medicine.

Researchers continue to improve the ability of sequencing tests to detect genetic mutations that drive disease. Exome sequencing captures about 31% of inherited genetic disorders, and genome sequencing improves this rate somewhere between 10% and 15%, meaning that the majority of patients who receive this screening will not receive a proper molecular diagnosis. One of the primary difficulties is the number of non-coding variants these tests capture. These variants are capable of causing disease, but they are difficult to predict and therefore often ignored by existing diagnostic techniques.

One way these variants can cause problems is their ability to alter RNA splicing, or the process by which non-coding parts of genes are removed so that only the coding portions are available to create necessary proteins. Therefore, variants that affect RNA splicing can alter the function of essential proteins, which can lead to disease. RNA sequencing can help detect these variants and add to the knowledge gleaned from exome and genome sequencing. However, RNA sequencing is complicated because the gene must be expressed in the tissue of interest, and often those tissues are not accessible.

"We know that we are unable to test tissues in the brain, heart and certain other organs for diagnostic purposes, but we also know that using RNA sequencing on these tissues could reveal important genetic information we might not otherwise be able to capture," said Elizabeth Bhoj, MD Ph.D., an attending physician with the Division of Human Genetics at CHOP, an assistant professor of pediatrics at the Perelman School of Medicine, and senior co-author of the study. "By studying both clinically- and non-clinically-available tissues, we hoped this study would reveal the true extent of what we may be missing with current RNA sequencing methods."

The study team quantified RNA splicing in 801 RNA-sequenced samples from 56 different adult and fetal tissues. Genes and splicing events were identified by the team in each non-clinically-available tissue, which then allowed the researchers to determine when RNA sequencing in each clinically-available tissue actually inadequately represents them. The team then developed its own online resource, MAJIQ-CAT, so that others could explore their analysis for specific genes and tissues.

"By using MAJIQ-CAT, researchers can determine which accessible tissues, if any, best represent RNA splicing in genes and tissues of interest," Bhoj said. "While this does not address the entire gap left by current exome and genome sequencing methods, we believe we can capture more genes and determine how they affect human health."

The research team drew from their diverse scientific backgrounds for this study to improve clinical diagnosis. Bhoj and her lab provided expertise in genetics and clinical diagnostics with the computational expertise of the lab of Yoseph Barash, Ph.D., an associate professor in the Department of Genetics at Penn. The work was led by Joseph Aicher, an MD/Ph.D. student in the Genomics and Computational Biology program at Penn who was co-mentored by Bhoj and Barash.

Improving the Quality of Care for Patients Harboring ALK+ NSCLC 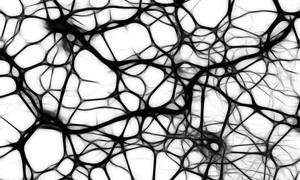 Improving the Quality of Care for Patients Harboring ALK+ NSCLC
UP NEXT...
Primary HPV Screening & Genotyping in a 26-Year-Old Woman
CME