Britain’s first coronavirus field hospital will treat up to 4,000 previously fit and healthy people struck down by Covid-19 once it opens, with sicker patients who are more likely to die being cared for in normal NHS hospitals, according to senior sources with knowledge of the plans.

London patients in need of intensive care but with the best chance of survival will be taken to the Nightingale hospital, which has been constructed within the ExCeL arena in the capital’s Docklands area in the space of a week, the sources said.

Anyone with a serious underlying health condition – such as a heart, kidney or vascular problem – will go to one of the city’s district general or teaching hospitals, it is understood.

The NHS has denied there will be a two-tier system or that the Nightingale will be reserved for healthier or younger people.

Birmingham Nightingale hospital, being created in the city’s National Exhibition Center, will care for non-serious, non-Covid-19 hospital patients and will be staffed mainly by GPs, it is understood. The centre will start with up to 500 beds, with the potential to grow to 2,000, and is designed to take the pressure off the West Midlands, which has emerged as the second-biggest coronavirus hotspot after London.

Other field hospitals are being created at the Manchester Central Conference Center and potentially at the Scottish exhibition center in Glasgow.

The decision to medically profile patients at the first emergency coronavirus hospitals followed days of behind-the-scenes wrangling between senior doctors and NHS planners in preparation for a “tsunami” of coronavirus cases.

It comes as one in four NHS doctors were revealed to have been signed off from work because they were sick or in self-isolation. Prof Andrew Goddard, president of the Royal College of Physicians, told PA News that about 25% of doctors are not available.

The ExCeL center is expected to start receiving patients very soon, most likely by Wednesday.

“Anyone who goes to either place will be critically ill, be suffering lung failure and be on life support through a ventilator. But those at the ExCeL will be those needing less life support as they will be the ones with nothing else wrong with them,” the doctor added.

Any patient with co-morbidities that mean they may need some form of medical treatment or surgery beyond life support on a ventilator will be treated in a normal hospital. Although the NHS has re-branded the ExCeL as “the Nightingale London hospital”, it will essentially be a massive 4,000-bed critical care unit, with none of the back-up services hospitals have.

Intensive care unit (ICU) doctors, acute medical specialists and NHS managers resisted an attempt by military medics and A&E doctors for the Nightingale to look after older, sicker patients, including some too sick to be put on a ventilator. Fears of negative publicity helped put an end to that plan. The decision for the Nightingale to focus on healthier Covid-19 casualties came after “a great deal of disagreement” between the two sets of medics, another insider told the Guardian.

In a sign of how much strain Covid-19 is putting on the NHS, Imperial Healthcare, a major hospital trust in London, has now treated 252 people with the disease since the outbreak began.

So far 154 of them – around six in 10 – have recovered and gone home. However, at least 15 died and several dozens are still receiving critical care. The trust already has 45 ICU beds occupied by people with the disease but can accommodate up to 143 people in its ICU, and will expand that to as many as 441 beds – all with a ventilator – if the expected surge in patients happens.

A temporary hospital could also open at the Scottish exhibition center in Glasgow to cope with a surge in critical coronavirus cases in Scotland, Nicola Sturgeon has announced.

The first minister said the latest Nightingale hospital would be on standby, with a first tranche of 300 beds and a potential total capacity of an extra 1,000 if needed. It could become operational in a fortnight, she said, but planners hoped it would not be necessary.

Jeane Freeman, the Scottish health secretary, said the exhibition center had been chosen because of its proximity to Scotland’s other hospitals, its transport links and security needs. She thanked the army for helping the government and NHS set it up.

Speaking at her daily coronavirus briefing, Sturgeon said she hoped the NHS would be able to cope with a surge in cases in existing hospitals by setting aside 3,000 beds for coronavirus cases, and was working to quadruple intensive care beds to 700 places.

She said that to help free up staff and capacity, NHS Scotland had temporarily paused routine screening for bowel cancer, cervical cancer and breast cancer for up to 12 weeks.

• This article was amended on 1 April 2020 to make clear that the description of how the Nightingale hospital will function is attributed to senior sources with knowledge of the plans, and to include a denial from the NHS, which was received after publication. 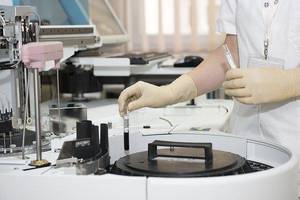