A team of researchers from The University of Texas Health Science Center at San Antonio confirmed the role of a certain protein in the development of high-grade kidney cancer. The researchers also showed that a higher level of the protein can be used as a marker to predict which tumors will develop treatment resistance and progress more rapidly.

Dharam Kaushik, MD, led the study published May 31 in the journal Translational Research.

In the current study, the researchers studied the treatment records of 350 patients who had kidney cancer between January 2013 and June 2016. Their results showed that Nox4 also concentrates in the nucleus of human kidney cancer cells. The findings were bolstered by a series of statistical analyses using clinical data of patients who survived or died from kidney cancer. The combined results suggest that nuclear Nox4 expression may be an independent marker of disease progression and poor survival in patients with high-grade, advanced-stage kidney cancer.

During the study, the researchers also identified a smaller group of patients with high levels of nuclear Nox4 who had rapid disease progression or died within six months of surgery. "These patients would be ideal candidates for a future study of survival outcomes using adjuvant targeted therapy that includes a Nox4 inhibitor." Dr. Kaushik said. 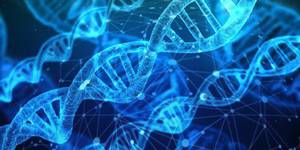