Rice University researchers have received National Science Foundation support to speed the analysis of wastewater for coronaviruses from hours to seconds.

The team led by Rafael Verduzco of Rice’s George R. Brown School of Engineering won a four-year, $2 million grant to develop bioelectric sensors that deliver immediate notice about the presence of viruses like SARS-CoV-2, which causes COVID-19.

Rice was an early pioneer of wastewater testing for the virus, along with its partners at the Houston Health Department, developing lab procedures to analyze water collected from wastewater plants and other locations around the city, giving neighborhoods early warning of COVID-19’s spread. Both are part of a Centers for Disease Control and Prevention Center of Excellence for wastewater epidemiology announced in August.

The current process requires collecting samples once a week from over a hundred locations across the city and delivering them to Rice and city labs for analysis. The new technique would send results to monitoring systems instantly, and could be expanded to sense a variety of viruses and other contaminants.

“Monitoring wastewater for COVID has been pretty effective as a way to get an idea of where we are as a population,” said Verduzco, associate chair and a professor of chemical and biomolecular engineering and of materials science and nanoengineering.

“But the way it’s done is you have to sample it, you have to do a PCR test and there’s a delay,” he said. “Our selling point was to get real-time, continuous monitoring to see just how much of this virus is in the wastewater.”

The grant will support a project to develop microbial sensors engineered to detect specific biomolecules, the focus of a project led by the grant’s co-principal investigators Jonathan Silberg, the Stewart Memorial Professor of BioSciences and director of the Systems, Synthetic and Physical Biology Ph.D. program, and Caroline Ajo-Franklin, a professor of biosciences.

Verduzco’s lab will focus on packaging the sensors for deployment.

“We want a device that’s self-contained, but through which water and nutrients and electrolytes can diffuse,” he said. “We need the microbes to stay put because, first, if they get released, we’re not going to be able to interact with them and we won’t know what they’re detecting. Second, they could propagate and cause problems, although it’s unlikely they would survive very long in the environment.

“We’re working on multiple layers of porous encapsulation that will keep the microbes in place while allowing them to sense the environment around them,” Verduzco said.

Co-investigators also include Lauren Stadler, an assistant professor of civil and environmental engineering, and Kirstin Matthews, a fellow at the Baker Institute for Public Policy. Stadler led the charge at Rice to develop wastewater testing early in the pandemic and is co-lead of the CDC Wastewater Epidemiology Center, which will evaluate the performance of the sensors in real wastewater samples. Matthews will analyze the ethical, legal and social implications of living microbial devices.

“These are engineered microbes we’re putting into wastewater, and even though they’re encapsulated, we want to know if there are concerns from health authorities and the general population,” Verduzco said. “Kirstin’s role is to look at the policy side, and also gauge public reaction and educate people about what it means when we talk about engineered bacteria.” 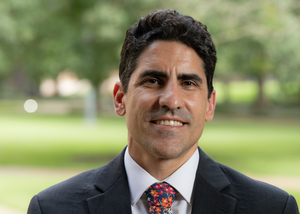