Overall survival from early breast cancer has steadily been increasing; however, simultaneous increases in obesity and obesity-related comorbidities may have contributed to the survival disparity seen between Black and White women, according to results published online today in Cancer.

“Specifically with regard to overall survival, the impact of both obesity and comorbidities on breast cancer outcomes is an important consideration,” noted the study authors. “For example, obesity has been associated with underdosing of women receiving chemotherapy for early breast cancer, and comorbidities can influence the receipt of guideline-concordant treatment and in turn affect prognosis and survival.”

This retrospective chart review of 548 women with stage I to III hormone receptor-positive/human epidermal growth factor receptor 2 (HER2)–negative breast cancer found a 40% gap in survival between these patient groups. That is, the mortality decline in light of higher overall survival was less in Black women vs White women.

Significant differences were not seen in rates of arthritis, stomach/intestinal disorders (17% each); osteoporosis, kidney/liver disease, or stroke (3% each); and glaucoma or circulation problems (2% each).

Following adjustment for BMI and age, Black women continued to have higher overall rates of the following:

Among those with hormone receptor–positive/HER2-negative disease, similar results were seen in the higher PRs among Black women for the following:

Despite these findings, no differences were seen in treatment decisions regarding surgery, chemotherapy regimen, radiation, or endocrine treatment. Patients with triple-negative disease were also analyzed, and the authors “found no significant differences between Black and White patients with respect to age, BMI, comorbidities, breast cancer stage or grade, treatment plan, or treatment-related adverse events (data not presented).”

“Findings from this study need to be considered within the larger context of the cancer-obesity link and the disparate impact of the obesity epidemic on communities of color in the United States,” said Kirsten Nyrop, Ph.D., the University of North Carolina at Chapel Hill and first author on the study, in a statement.

The authors believe that the 2 biggest takeaways from their study are the importance of managing comorbidities in new cases of early breast cancer and educating patients on how excess weight, whether present at diagnosis or gained after primary treatment, may affect survival. 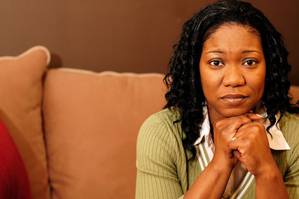