Older black and Hispanic adults in the United States experience more severe depression and are less likely to be treated for it, according to an analysis published Thursday by JAMA Network Open.

"We found higher depression severity among older minority adults, and the types of depressive symptoms -- such as feeling sad, losing interest in things or trouble with focus and concentration -- appeared to vary by racial and ethnic group, which is a new finding," study co-author Dr. Olivia I. Okereke, an associate professor of psychiatry at Harvard Medical School, told UPI.

The study is one of the largest ever to address racial differences in the symptoms and severity of depression, and its treatment, according to Okereke. The National Institute of Mental Health estimates that more than 17 million American adults have the condition.

Okereke and her colleagues reviewed data from 25,503 older adults with a mean age of 67 who participated in the Vitamin D and Omega-3 Trial, or VITAL, a study of cancer and cardiovascular disease prevention conducted between November 2011 and December 2017. Depressive symptoms among the patients were also assessed using the Patient Health Questionnaire-Version 8.

In addition to higher levels of depression severity found among minority participants, researchers noted that Hispanic adults were more than 20 percent more likely to experience sleep problems related to their depression than their white counterparts. And among those with clinically significant depression, black participants were 61 percent less likely to report counseling, medication or any form of treatment than white participants.

The finding is important because older adults with depression seem to at higher risk for development of serious health consequences, Okereke said, particularly for black patients.

"There was a notable health disparity of lower treatment for depression among older black adults -- even when they reported high symptom levels and already having a depression diagnosis," Okereke said. "This means that the level of getting treatment did not match the apparent level of need." 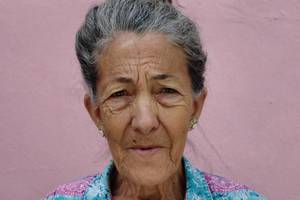 Creating Targeted Treatment Pathways Driven by Genomic Makeup & Cancer Type
UP NEXT...
NCCN Guidelines on mCRC in an Era of Tumor Sidedness
CME