A study at Hospital for Special Surgery (HSS) finds that an online, video-based core exercise program can help with a condition many women experience after childbirth. Diastasis rectus abdominis (DRA), also known as diastasis recti, causes the abdominal bulge that often occurs after giving birth and may be associated with low back pain and urinary incontinence.

The exercise program used in the study was developed by certified personal trainer Leah Keller, founder of Every Mother. The study was published online ahead of print in the Journal of Women’s Health Physical Therapy.

DRA occurs when the two sides of the abdominal muscles, commonly called the “six pack,” stretch or separate due to the growth of the baby during pregnancy. Affecting up to 60% of women after childbirth, it sometimes resolves naturally. But for many women, the muscle separation remains.

“As evidenced by the large number of women who expressed interest in our study in a short period of time, as well as by many of my own patients, DRA is a huge area of concern for postpartum women,” said Ellen Casey, MD, a sports medicine physiatrist at the Women's Sports Medicine Center at HSS and lead investigator. “It can have a major impact on quality of life.”

HSS investigators set out to determine if the specific online, video-based exercise program to strengthen the core abdominal muscles could be beneficial. Musculoskeletal ultrasound, a critical component, was used to measure the space between the muscles, called the inter-rectus distance (IRD). DRA was defined as a gap of more than three-quarters of an inch between the abdominal muscles.

“The primary aim of our study was to assess changes in IRD following participation in the program,” said Dr. Casey. “The secondary aim was to investigate whether the program improved DRA-related symptoms, including lower back pain, stress urinary incontinence, pelvic floor dysfunction, and body image.”

The 12-week exercise program featured daily videos that could be accessed on a computer or mobile device. “The program focuses on isometric activation of the deep abdominal muscles with coordinated breathing and pelvic-floor muscle engagement,” explained Ms. Keller. “Forward-flexion exercises such as sit-ups and crunches were excluded, as they can be counterproductive and may even make diastasis recti worse.”

The videos also provided instructions and coaching on alignment, posture, and proper core engagement while performing daily activities; education on how to optimally engage the core muscles during exercise; and specific low-impact weekly workouts with aerobic and resistance exercises to promote core engagement.

Out of the original enrollment, 43 healthy women between the ages of 18 and 45, and 12 weeks to 36 months postpartum, completed the study. To determine if the exercises led to improvement in DRA, researchers used ultrasound to measure the IRD before the women started the program and again after 12 weeks of participation. A subset of 19 women took part for an additional 12 weeks and their outcomes were assessed at 24 weeks. The researchers also evaluated participants’ overall satisfaction with the program.

This study found that women experienced a significant reduction in IRD after 12 weeks of the core strengthening program. Significant improvements in disability related to lower back pain and incontinence were also reported. No differences in pelvic floor function or body image were observed.

Those who participated in the additional 12-week maintenance phase had greater improvements in their IRD at 24 weeks, but the extended program did not lead to further improvement in lower back pain or incontinence.

Patient satisfaction with the program was high overall, averaging 7.5 on a scale of 1 to 10, and 95 percent of participants said they would recommend the program to a friend.

“Our findings suggest that a video-based core strengthening exercise program offers an accessible and effective treatment strategy for postpartum women with DRA,” said Dr. Casey, “and further investigation regarding the optimal timing, duration, and sequence of exercises is warranted.” 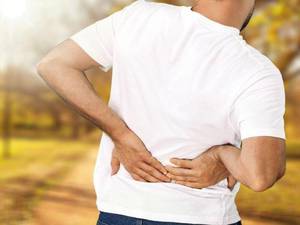 Investigating Immunotherapy & Its Role in NSCLC
UP NEXT...
Expanding NCCN Guidelines for mCRC Care
CME