You might not have noticed it (there’s a lot going on) but there was some good news last week in a study in JAMA that suggested that racial disparities in extremely premature infants were shrinking. The study looked at more than 20,000 extremely preterm infants (22 to 27 weeks gestation) born from 2002 to 2016. Mortality rates dropped over the course of the study, and though serious infections were more frequent in black and Hispanic infants early on, the rates converged with those of white infants as time went on.

This is striking because the racial disparities around maternal mortality, premature birth, and infant mortality have been so persistent. Black women and American Indian and Alaskan Native women are two to three times more likely than white women to die of pregnancy-related causes — about a third of these deaths take place during pregnancy, a third are specifically related to delivery, and a third happen in the year after delivery, but from causes related to pregnancy.

This came up last week, when I wrote about late preterm infants, and Dr. Wanda Barfield, the director of the division of reproductive health at the Centers for Disease Control and Prevention, pointed to rising rates of premature birth, which disproportionately affect black and Hispanic women.

These stark disparities at the very beginning of life have received a fair amount of public health attention, as have the racial and ethnic disparities in infant mortality: In the United States in 2017, 5.8 of every 1,000 infants born alive died before reaching their first birthday. Black infants died at more than twice the rate of white infants (11.9 versus 4.9 per 1,000). And this in turn is tied closely to those issues of maternal health and length of gestation; two of the leading causes of deaths before the first birthday are prematurity and the complications of pregnancy.

Often the public discussion of health disparities then jumps to adult health, where we track inequities in chronic diseases, in heart disease, cancer, diabetes, and, of course, in life expectancy.

But the disparities in how children grow, how they get sick and how they get taken care of may all play into those chronic diseases, and are essential to understand.

“We focus on these chronic diseases of older age as results of racism, continuing discrimination,” said Dr. Nia Heard-Garris, a pediatrician and researcher at Lurie Children’s Hospital in Chicago, and the chair of the American Academy of Pediatrics Section on Minority Health, Equity, and Inclusion.

“We do see the impact of racism on health in childhood, though it’s harder to see physical health changes immediately.”

Eating habits and behavioral patterns, which contribute to the health disparities in adults, have roots in childhood, Dr. Heard-Garris said, as does distrust of the health care system that can lead to gaps in care.

Dr. Elsie Taveras, a professor of nutrition in the department of pediatrics at Harvard Medical School, said, “While there has been some progress in leveling off the exponential increase in childhood obesity over the last 20 years, there still remains disproportionate obesity among African-American and Hispanic children.” The disparities are present by the age of 2, she said. “It points to the first thousand days, behaviors, and risk factors that begin in utero.”

As with infant mortality, some of this is tied to risk factors during pregnancy. Dr. Taveras pointed to higher rates of excess gestational weight gain in black and Hispanic women, and higher rates of gestational diabetes, both associated with excess weight in infants. During infancy, she said, these infants are less likely to be breastfed exclusively, more likely to have solid foods introduced too early, more likely to get sweetened beverages, and less likely to get the recommended amount of sleep — again, all risk factors associated with childhood obesity.

Dr. Ruchi Gupta, a professor of pediatrics who is the director of the Center for Food Allergy and Asthma Research at Northwestern and Lurie Children Hospital, studies these conditions which, like eczema, represent forms of atopy, hypersensitivity in which the body’s defenses overreact, potentially causing harm.

She said that while it is well known that black and Hispanic children are more likely to be hospitalized and even to die of asthma, it has been less fully appreciated that there are also disparities around food allergies, which had initially been thought of as having more of an impact on white children. In fact, in a 2018 study by her team, the prevalence was higher among African-American children.

But research has shown, Dr. Gupta said, that while food allergies affect about 8 percent of all children, black children were diagnosed less frequently, and were not getting access to medical care. In one study by Dr. Gupta and her team, published in March, children on Medicaid were less likely to be diagnosed with food allergies. When a child seems to react badly to a food, “A lot of people just avoid the food and don’t talk to the pediatrician, a lot of the time, they never get to an allergist,” she said. “You avoid the food and sort of hope for the best.”

So disparities can manifest as conditions that occur more frequently in socially marginalized or disadvantaged groups — like premature birth, or like severe asthma, which may be related to exposure to pollution and other factors related to neighborhood and housing — but also as differential access to medical care and treatment.

Differential medical response also shows up in rarer and more serious diseases affecting children. “I became a pediatric nephrologist because I care deeply about influencing health disparities, I don’t think there’s anywhere else in pediatrics where there’s so much of a need for advocacy and intervention,” said Dr. Ray Bignall, an assistant professor of pediatrics at Nationwide Children’s Hospital in Columbus, Ohio. He said that most children who develop kidney failure have underlying congenital anomalies of their kidneys and urinary tracts; African-American children are referred less quickly for kidney transplant than white children.

Children constitute a relatively small proportion of the 37 million Americans with chronic kidney disease, he said, about 700,000 of whom are on dialysis, and need transplants. There are about 1,300 children with end-stage kidney disease; they need dialysis or transplant to survive.

Chronic kidney disease and dialysis also are hardest on families living in poverty, where there may not be sufficient money for food — and these are again children who may need a special diet with added calories. A 2019 study by Dr. Michelle Starr and her colleagues showed a prevalence of food insecurity among families of children with end-stage kidney disease that was three times higher than in the general population. Home dialysis requires space, privacy, and a generally stable environment.

“A curious interplay between biology and society makes it hard for these disparities to go away,” Dr. Bignall said. “I worry about my black patients all the time.”

Dr. Heard-Garris said that many different domains, including housing and education, have to be considered to affect these health parameters. Still, she said, “As a pediatrician and researcher who cares very much about this work, I think we’ve started to see some interest from the public in changes — I’m hopeful.”

Dr. Perri Klass is the author of the forthcoming book “A Good Time to Be Born: How Science and Public Health Gave Children a Future,” on how our world has been transformed by the radical decline of infant and child mortality. 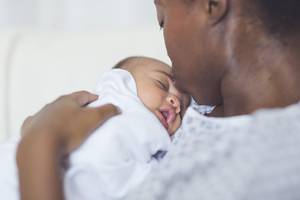 The CAM Guide to Cancer: An Integrative Approach to Prevention, Treatment, and Healing
UP NEXT...
Investigating a Potential Serum Biomarker for Lung Cancer
CME