Over the past four decades, global cases of Type 2 diabetes mellitus have skyrocketed. According to the World Health Organization, the number of people estimated to have the disease jumped from 108 million in 1980 to 422 million in 2014, with the fastest growth observed in low- and middle-income countries.

Although the disease is common, there is still much research left to be done to fully understand it. For instance, while diabetes is linked to obesity, researchers still do not know the exact reasons why obesity causes diabetes.

In a new paper published in the journal Obesity Reviews, Concordia researchers Kerri Delaney and Sylvia Santosa look at how fat tissue from different parts of the body may lead to diabetes onset in men and women. They reviewed almost 200 hundred scientific papers looking for a deeper understanding of how fat operates at the surface and tissue level, and the mechanisms by which that tissue contributes to diabetes onset.

From Surface to Cell Level

Men and women store fat in different places. Diabetes, like many other diseases, is closely associated with abdominal fat. Women tend to store that fat just under the skin. This is known as subcutaneous fat. In men, abdominal fat is stored around the organs. This is visceral fat.

Fat appears to exhibit different features in men and women. They grow differently, are dispersed differently and interact with the inflammatory and immune system differently. For example, in men fat tissue expands because the fat cells grow in size; in women, fat cells multiply and increase in number. This changes with the loss of the protective hormone estrogen that disappears with menopause and may explain why men are more susceptible to diabetes earlier in life than women.

Working from the hypothesis that diabetes risk is driven by expansions of visceral fat in men and of subcutaneous fat in women, the researchers then looked through the papers to see what was happening in the cell-level microenvironments.

Though more research is needed, there were overall differences observed in the immune cell, hormone, and cell signalling level in men and women that seem to support different origins in diabetes between the sexes.

Delaney and Santosa hope that by identifying how diabetes risks are different in men and women, clinical approaches to treatment of the disease can be better defined between the sexes.

"Currently, the treatment of diabetes is similar for men and women," says Santosa, an associate professor in the department of Health, Kinesiology and Applied Physiology. "If we understood the differences between them better, we could consider these mechanisms in recommending treatments to men and women based on how diabetes medications work." 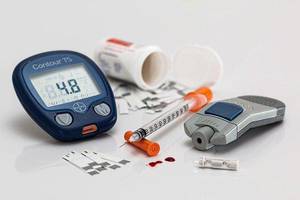