A study of 10,775 high-risk adult patients during the COVID-19 delta variant surge in late 2021 finds that treatment with one of three anti-spike neutralizing monoclonal antibodies for mild to moderate symptoms led to low rates of severe disease, hospitalization, ICU admission and mortality, according to Mayo Clinic researchers.

Among patients treated at Mayo Clinic in Minnesota and Wisconsin from Aug. 1 to Dec. 1, 2021, who received bamlanivimab/etesevimab, casirivimab/imdevimab or sotrovimab, 287 patients, or 2.7%, developed severe disease that led to hospitalization, oxygen supplementation or death within 30 days of treatment. The rates of severe disease were 1.2% for patients treated with bamlanivimab/etesevimab, 1.6% for patients with sotrovimab, and 2.9% for casirivimab-imdevimab.

The slightly higher rate of severe outcomes among patients treated with casirivimab/imdevimab may be related to a significantly lower COVID-19 vaccination rate in that group of patients, according to Raymund Razonable, M.D., a Mayo Clinic infectious diseases specialist and first author of the study, published in Mayo Clinic Proceedings. Data show that unvaccinated patients are at higher risk of serious disease. ICU admission was comparable among patients treated with the three anti-spike monoclonal antibody products.

Patients in the Mayo Clinic study were not confirmed as having the delta variant, but Dr. Razonable says the assumption is that patients were infected with that variant.

"We do not routinely perform genetic testing for all patients, but based on tracking by the Centers for Disease Control and Prevention, almost all cases were delta during the study period," he says.

Only patients treated at Mayo Clinic locations in Minnesota and Wisconsin were included in the study. This allowed for more accurate comparison of the three antibody products, given similar circulating variants in those communities.

The authors note that most patients in the study were non-Hispanic white people who sought care at a large academic medical center. The results may not be generalizable to underrepresented populations.

"Monoclonal antibodies work," says Dr. Razonable. "They work best when given early. The most benefit can be gained by people at highest risk of disease progression. The key takeaway for health care professionals and patients is: Test early so we can treat early."

Similar research also is nearing completion on patients treated during the omicron surge, comparing the efficacy of sotrovimab and bebtelovimab, he says. Omicron spreads more easily than the original COVID-19 virus and the delta variant, but while it appears to cause less severe disease, it has developed mutations that reduced the effectiveness of some monoclonal antibody treatments. 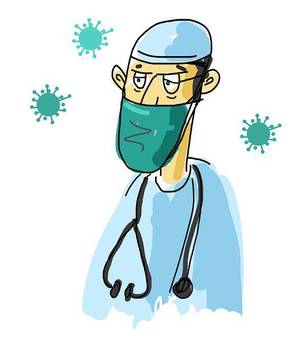