Lung cancer is the second most common type of cancer in the world. There were more than 2.2 million new diagnoses of lung cancer around the world in 2020. And that same year, globally about 1.8 million people died from lung cancer.

While there is currently no cure for lung cancer, scientists are working on treatment options. Some of these scientists are at the University of Technology Sydney (UTS), where a new study found a natural herbal compound called berberine stops the growth of lung cancer cells in a laboratory setting.

The authors report the results in a paper that recently appeared in the journal Pharmaceutics.

Berberine is a naturally-occurring plant compound used in traditional Chinese medicineTrusted Source for thousands of years. It can be found in a variety of plants, including barberry, goldenseal, Oregon grape, and tree turmeric.

Over the years, research shows berberine to be effective in helping people with type 2 diabetes regulate their glucose levels, and that it helps treat metabolic syndrome.

Researchers have also identified berberine as a potential therapeutic for different types of cancers, including ovarian cancer, gastric cancer, and breast cancer.

According to Dr. Kamal Dua, a senior lecturer in Pharmacy and Senior Research Fellow, Australian Research Centre in Complementary and Integrative Medicine (ARCCIM), Faculty of Health at the University of Technology Sydney (UTS), and lead author of this study, berberine inhibits the two key processes of cancer progression — cell proliferation and migration.

“Mechanistically, this is possible by inhibition of key genes such as P53, PTEN, and KRT18 and proteins such as AXL, CA9, ENO2, HER1, HER2, HER3, PRGN, PDGF-AA, DKK1, CTSB, CTSD, BCLX, CSF1, and CAPG associated with cancer cell proliferation and migration,” he explained.

For this current study, a research team including Dr. Dua, Dr. Keshav Raj Paudel, Prof. Philip M. Hansbro, and Dr. Bikash Manandhar from UTS, together with collaborators from the International Medical University in Malaysia and Qassim University in Saudi Arabia, examined how berberine could be used to treat lung cancer.

“As berberine has poor solubility and bioavailability, its clinical application is limited,” Dr. Dua explained for MNT. “The main purpose of this study is to improve the physicochemical parameter of berberine by formulating it into liquid crystalline nanoparticles and study its in vitro anticancer potential against human adenocarcinomic alveolar-basal epithelial cells, A549Trusted Source.”

The research team developed an advanced drug delivery system encapsulating berberine into tiny soluble and biodegradable balls. These liquid crystalline nanoparticles were used to treat human lung cancer cells in vitro outside of the body in a laboratory setting.

At the conclusion of the study, the research team found that berberine helped stop the creation of reactive oxygen species — inflammatory chemicals generated during certain cellular responses to the invasion of bacteria and other stressful events that can damage cells.

“We proved that using the nanotechnology approach, it is possible to enhance the property of compounds with various problems related to solubility, cellular uptake, and therapeutic efficacy,” Dr. Dua explained. “In comparison to other published literature using a high dose of berberine pure compound to show anti-cancer potential, our berberine-liquid crystalline nanoparticles showed the same activist in a five-fold less dose, which clearly shows the advantage of nanoformulation.”

Next Steps in Research

To further test these findings, Dr. Dua said he plans to use a new research platform to carry out in-depth studies using preclinical animal models of lung cancer.

“Further pharmacokinetic and anti-cancer studies of berberine nanoformulations in ‘in vivo’ animal models could elucidate its potential benefits in the treatment of lung cancer and develop it as a therapeutic drug dosage form,” he explained.

“Once we validate the anti-cancer potential of berberine nanoformulation in a pre-clinical animal model, the next step would be to move towards the clinical trial where we are already in discussion with a few Sydney-based companies,” Dr. Dua noted.

Additionally, Dr. Dua said the potential of berberine being used to stop lung cancer from recurring needs validation: “Although we have not yet investigated this, we are planning to do it as a part of future studies, and we also believe that berberine nanoformulation will show promising activity.”

“It’s always promising, but it is in a lab and a lot of things we find in a lab do not necessarily translate to the treatment of patients,” Onugha continued. “I think the next thing to do is […] to do some clinical trials on patients […] and figure out the dosing.” 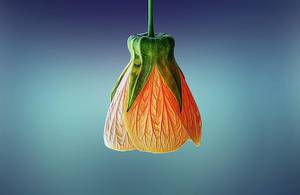