It is the first comprehensive study on the association of prenatal exposure and mixtures of these chemicals and non-alcoholic fatty liver disease. The researchers used cytokeratin-18 as a novel marker for the disease in children. The findings, reported in JAMA Network Open in July, underline the importance of understanding prenatal exposure to environmental chemicals as a risk factor for non-alcoholic fatty liver disease, which is a rapidly growing issue in children that can lead to severe chronic liver disease and liver cancer in adulthood.

“These findings can inform more efficient early-life prevention and intervention strategies to address the current non-alcoholic fatty liver disease epidemic,” said Vishal Midya, PhD, first author and postdoctoral researcher in the Department of Environmental Medicine and Public Health and a member of the Mount Sinai Institute for Exposomic Research at the Icahn School of Medicine at Mount Sinai.

Damaskini Valvi, MD, PhD, MPH, senior author, Assistant Professor of Environmental Medicine and Public Health, and a member of the Mount Sinai Institute for Exposomic Research at Icahn Mount Sinai, added, “We are all daily exposed to these chemicals through the food we eat, the water we drink, and the use of consumer products. This is a serious public health problem. These findings show that early life exposure to many endocrine-disrupting chemicals is a risk factor for pediatric non-alcoholic fatty liver disease, and draw attention for additional investigation needed to elucidate how environmental chemical exposures may interact with genetic and lifestyle factors in the pathogenesis of liver disease.”

Non-alcoholic fatty liver disease is one of the most common liver diseases worldwide and is increasingly diagnosed in childhood—affecting 6 percent to 10 percent of the general pediatric population and approximately 34 percent of children with obesity. Endocrine-disrupting chemicals are a wide class of environmental pollutants that include several pesticides, plastics, flame retardants, and toxic metals. Examples include perfluoroalkyl substances (PFAS), also known as “forever chemicals” used in nonstick cookware and food packaging, and polybrominated diphenyl ethers (PBDEs) used as flame retardants in furniture and infant products. Endocrine-disrupting chemicals interfere with hormone and metabolic systems in people. Several experimental studies have shown that exposures to these chemicals can lead to liver injury and non-alcoholic fatty liver disease; however, until now, the potential effects of prenatal mixture exposures to these chemicals have not been studied in humans.

In this study, researchers measured 45 chemicals in the blood or urine of 1,108 pregnant women from 2003 to 2010. The chemicals included endocrine-disrupting chemicals such as PFAS, organochlorine and organophosphate pesticides, plasticizers (phenols, phthalates), PBDEs, and parabens. When the children reached the ages of 6 to 11 years old, scientists measured the levels of enzymes and cytokeratin-18 that indicate risk for liver disease in the children’s blood, finding elevated levels of those biomarkers in children who had been more highly exposed to environmental chemicals during pregnancy.

“By understanding the environmental factors that accelerate fatty liver disease, we can reduce people’s risk by giving them actionable information to make informed choices that reduce the risk or impact of the disease,” said Robert Wright, MD, MPH, Ethel H. Wise Chair of the Department of Environmental Medicine and Public Health and Co-Director of the Institute for Exposomic Research at Icahn Mount Sinai. “Exposomics is the wave of the future because once you’ve sequenced the human genome, which has been done, there isn’t much more you can do in genomics alone. The missing piece of the puzzle for us to understand different diseases is to measure their environmental causes, and exposomics is a way to accelerate our knowledge of how the environment is affecting our health.”

The study participants were enrolled in the Human Early-Life Exposome project, a collaborative network of six ongoing population-based prospective birth cohort studies from six European countries—France, Greece, Lithuania, Norway, Spain, and Britain. Limitations of this study include the inability to conduct a liver biopsy, considered the gold-standard to establish a causal link with non-alcoholic fatty liver disease, because of the risk and ethical limitations due to the children’s age.

This research was funded by the National Institute of Environmental Health Science (NIEHS) and the European Community's Seventh Framework Programme. 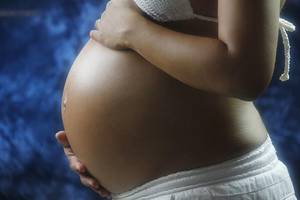