From 2016 to 2018, there were increases in the rates of vaginal birth after cesarean delivery (VBAC), reaching 13.3 percent in 2018, according to a March data brief published by the U.S. Centers for Disease Control and Prevention National Center for Health Statistics.

"The Healthy People 2020 goal is to increase VBAC to 18.3 percent of women with a previous cesarean delivery," the authors write. "If the current annual rate of increase continues (3 percent to 4 percent per year), the total VBAC rate would reach this goal in approximately 10 years."

Anesthesia Technique & Cancer Recurrence: What Do We Need to Know?
Jacob Sands, MD 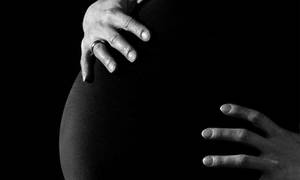 Anesthesia Technique & Cancer Recurrence: What Do We Need to Know?
UP NEXT...
Exploring Early-Stage Mesothelioma: What Are the Latest Treatment Approaches?
CME