Neither Remdesivir nor hydroxychloroquine (HCQ) has antiviral effects and helps in the recovery of patients hospitalized due to Covid-19, according to a new study conducted by the World Health Organization (WHO).

The study, led by researchers from the Oslo University Hospital in Norway, found that lack of antiviral effect with Remdesivir and HCQ remained consistent despite patient age, symptom duration, degree of viral load, and presence of antibodies against SARS-CoV-2.

For the study, the team randomly assigned 181 hospitalized patients in 23 hospitals in Norway to receive Remdesivir, HCQ, or standard of care to evaluate the effects of Remdesivir and HCQ on all-cause, in-hospital mortality; the degree of respiratory failure and inflammation; and viral clearance in the oropharynx.

The researchers found no significant differences between treatment groups in mortality during hospitalization. Remdesivir and HCQ did not affect the degree of respiratory failure or inflammation. The findings are published in Annals of Internal Medicine.

Based on their findings, the researchers question the antiviral potential of Remdesivir and HCQ.

In May last year, the US Food and Drug Administration (FDA) had approved Remdesivir to be used in emergencies in severe cases of Covid. Later, the agency extended the approval for adults and children aged older than 12 years to curb hospitalization.

However, in November, a WHO guideline committee recommended against the use of Remdesivir in patients hospitalized with Covid because it had “no important effect on mortality, need for mechanical ventilation, time to clinical improvement, and other patient-important outcomes.” 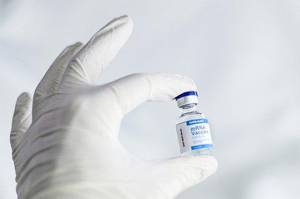 Spotlight on KRAS G12C: Biomarker Testing Considerations in the NSCLC Landscape
UP NEXT...
Evolving Insights into the Pathophysiology of NSCLC
CME