Researchers from Johns Hopkins Medicine have discovered that the organization of different types of immune cells within pancreatic tumors is associated with how well patients with pancreatic cancer respond to treatment and how long they survive. The new findings, published Sept. 16 in Cancer Research, could eventually lead to new ways of treating pancreatic cancer, which has the highest mortality rate of all major cancers.

“Mapping the location of certain immune cells associated with a tumor could be a new biomarker to predict patient survival,” says Aleksander Popel, Ph.D., professor of biomedical engineering and director of the Systems Biology Laboratory at the Johns Hopkins University School of Medicine and member of the Johns Hopkins Sidney Kimmel Cancer Center. “We hope that our results will not only lead to a better fundamental understanding of cancer but also the potential to provide prognostic guidance to clinicians treating pancreatic cancer.”

In 2022, the National Cancer Institute estimates that more than 62,000 Americans are expected to be diagnosed with pancreatic cancer and nearly 50,000 will die from the disease. On average, only about 10% of people with pancreatic cancer will survive for five years. Predicting which patients are most likely to respond to the few existing treatments is difficult; researchers have long been searching for more tools — cells, molecules, or genes — that stratify pancreatic cancer patients by survival.

In recent years, scientists studying many types of cancer have discovered the importance of the noncancerous cells, molecules, and blood vessels surrounding tumors — called the tumor microenvironment. Part of this tumor microenvironment is immune cells; some have the ability to target a tumor for destruction while others help the tumor evade the immune system.

In previous research on pancreatic cancer, researchers tallied up how many immune cells are present in the tumor microenvironment and found no association with patient outcomes, but Popel and Johns Hopkins graduate student Haoyang Mi hypothesized that the physical arrangement of immune cells might be more important than the total number.

In the new study, Popel, Mi and collaborators at Oregon Health & Science University used a method called multiplexed immunohistochemistry to pinpoint the locations of 27 different immune molecules in surgically resected tumors from 45 people with pancreatic ductal adenocarcinoma — the most common form of pancreatic cancer. The patients were 52% women, with a median of 63.5 years old, and had all stages of cancer, with 41% of participants’ cancer spread to at least four lymph nodes.

The molecules — found in different combinations on the surface of different immune cell types — correspond to the relative locations of subtypes of immune cells.

Then, they developed new computational algorithms to analyze how these cells, in number, location, and shape, varied between patients who survived longer or shorter than the median survival time of 619 days.

“With the computational approaches we developed, we analyzed not only the density of each cell type but how they interact with each other in the spatial architecture of the tumors,” says Mi, the first author of the new paper.

The researchers discovered that, among the 22 patients who survived shorter than average (a median of 313 days), immune cells called IL-10+ myelomonocytes tended to be located close to a cluster of granzyme B+ CD8+ T cells (or cytotoxic T lymphocytes). Among the 23 patients who survived longer than average (a median of 832 days), the same myelomonocytes were more grouped near a different type of T cell, known as PD-1+ CD4+ T cells (or activated helper T cells).

In light of what is known about the function of each of these immune cells, Mi says, the results make sense. Each cell type acts like brake on another. Cytotoxic T lymphocytes produce a toxin that can kill cancer cells, but — among short-term survivors — the researchers hypothesize that the nearby myelomonocytes block that ability. In long-term survivors, however, they think that the activated helper T cells switch off the myelomonocytes, which, in turn, let the cytotoxic T lymphocytes more effectively fight cancer.

More studies are needed to verify those hypotheses about how the cells are interacting in the pancreatic tumor microenvironment, the researchers say, as well as determine whether targeting any of the cell types could lead to new immunotherapies for pancreatic cancer. But the researchers hope that additional studies will confirm that the tumor microenvironment’s association with survival can provide prognostic information to clinicians and potentially steer patients toward certain treatments or clinical trials.

Other researchers who contributed to the research include Elizabeth Jaffee of the Johns Hopkins Kimmel Cancer Center and Shamilene Sivagnanam, Courtney Betts, Shannon Liudahl, and Lisa Coussens at Oregon Health & Science University.

The research was supported by the National Institutes of Health, the Knight Cancer Institute, and the OHSU-Brenden-Colson Center for Pancreatic Care. 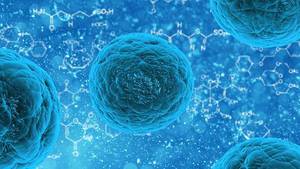