Mount Sinai and Memorial Sloan Kettering Cancer Center (MSK) researchers have identified therapies that can help patients with the blood cancer multiple myeloma who try an immunotherapy known as CAR-T only to find their cancer coming back afterwards.

CAR-T, short for chimeric antigen receptor T-cell therapy, enlists immune cells called T cells to fight multiple myeloma by altering them in the lab so they can find and destroy cancer cells. It has been a revolutionary treatment for this deadly cancer, but some patients relapse after receiving CAR-T therapy and have no good treatment options afterward.

In a new study published in the journal Blood in November, the researchers studied a large group of multiple myeloma patients who were given several different therapies when they relapsed after receiving a type of CAR-T cell therapy called BCMA-directed CAR-T. This version of CAR-T cell therapy targets the BCMA protein on cancerous plasma cells in order to fight multiple myeloma.

The researchers found that other therapies that engage T cells, including bispecific antibodies and other types of CAR-T cell therapy, appear to have the most pronounced success in knocking down these relapsed patients’ cancer for the greatest length of time.

“The findings of this study will serve as a benchmark for future prospective clinical studies that intend to improve the outcomes of patients who progress after CAR-T,” said a senior author on the study, Samir Parekh, MD, Director of Translational Research in Multiple Myeloma and co-leader of the Cancer Clinical Investigation program at The Tisch Cancer Institute at the Icahn School of Medicine at Mount Sinai. “This is the first study to report outcomes of different therapeutic options given to a large cohort of patients who relapsed after anti-BCMA CAR-T therapy. This is one of the most urgent and unmet needs in myeloma patients and, therefore, of great interest to the hematology community.”

This retrospective study analyzed 79 patients’ disease characteristics, the treatments given after relapse, and the patients’ responses to the therapies. Patients’ median overall survival to date is about 18 months.

Stem cell transplants also showed some efficacy in these patients. Other drug combinations can also be used with variable efficacy based on the characteristics of individual patients’ cancer, the study found.

The patients were treated at The Tisch Cancer Institute and MSK.

“We’re encouraged that subsequent use of other novel immune therapies like a second CAR-T cell therapy or a bispecific antibody was feasible and led to durable responses in patients,” said Sham Mailankody, MBBS, Associate Attending Physician, MSK, and senior author on the paper. “We look forward to continuing this work and unlocking the full potential of immune therapies for patients with multiple myeloma.” 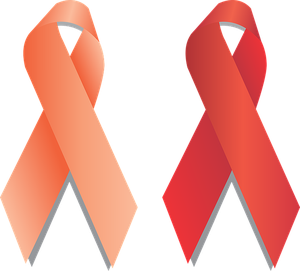