More children die of brain tumors than any other type of cancer. Diffuse midline gliomas (DMGs) are a particularly deadly kind and are difficult to treat with drugs or surgery because they're in an important part of the brain that controls breathing, heart rate, blood pressure, and movement. Now, researchers have clarified the role of a key gene linked to DMG tumor growth, which could help inform the development of better treatments.

In a study published in Nature Communications, researchers at the Dana-Farber Cancer Institute, Broad Institute of MIT and Harvard, University of Cincinnati and others investigated key genetic mutations previously identified in DMGs and found that they not only contribute to resistance to radiation treatment, but also help new tumors form. The findings confirm that PPM1D is a key genetic driver of DMGs and a promising drug target.

“Our goal is to be able to find not only what causes the tumors to grow, but then to work out how we can switch that off in treatments,” said Pratiti (Mimi) Bandopadhayay, co-senior author of the study, pediatric neuro-oncologist at the Dana-Farber Cancer Institute, assistant professor at Harvard Medical School, and associate member at the Broad Institute.

Previous research has shown that mutations in the PPM1D gene are present in a subset of all DMGs, leading some researchers to a focus on learning how the mutations drive radiation resistance. However, until now, scientists have not known how these mutations contribute to tumor formation, growth, and proliferation.

Bandopadhayay's team, in collaboration with an international team including Timothy Phoenix at the University of Cincinnati and Zach Reitman at Duke University, found that these mutations in the PPM1D gene, which result in a shortened version of the protein, cause new tumors to form in cell and mouse models of DMGs. When the researchers disabled the PPM1D gene, the tumor cells died.

The team also found that the PPM1D mutations stimulate DMG development, by disrupting the p53 pathway, which suppresses tumor growth. “This pathway is one of the biggest safety nets that the cells have, so it’s also one of the first things that cancers try to get rid of,” Bandopadhayay said.

Working with scientists in Broad’s Proteomics Platform and Genetic Perturbation Platform, the team confirmed that the PPM1D-truncating mutations disrupt the p53 pathway by perturbing other pathways that are downstream of p53.

Previous studies have suggested that mutated PPM1D disrupts the p53 pathway by stabilizing a protein called MDM2, allowing it to suppress the p53 pathway. The researchers used CRISPR screens to confirm the effects of PPM1D on MDM2.

“Our goal is to be able to find not only what causes the tumors to grow, but also how we can switch that off with new treatments,” Bandopadhayay said. “We're excited by this paper because it confirms a lot of what was already known about the mutations, and gives us clues on how we can start to target this particular mutation for patients.” 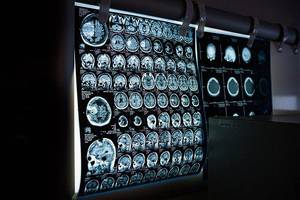