The discovery of 14 inherited genetic changes which significantly increase the risk of a person developing a symptomless blood disorder associated with the onset of some types of cancer and heart disease is published today in Nature Genetics. The finding, made in one of the largest studies of its kind through genetic data analysis on 421,738 people, could pave the way for potential new approaches for the prevention and early detection of cancers including leukemia.

Led by scientists from the Universities of Bristol and Cambridge, the Wellcome Sanger Institute, the Health Research Institute of Asturias in Spain, and AstraZeneca, the study reveals that specific inherited genetic changes affect the likelihood of developing 'clonal hematopoiesis', a common condition characterized by the development of expanding clones of multiplying blood cells in the body, driven by mutations in their DNA.

Although symptomless, the disorder becomes ubiquitous with age and is a risk factor for developing blood cancer and other age-related diseases. Its onset is a result of genetic changes in our blood-making cells.

All human cells acquire genetic changes in their DNA throughout life, known as somatic mutations, with a specific subset of somatic mutations driving cells to multiply. This is particularly common in professional blood-making cells, known as blood stem cells, and results in the growth of populations of cells with identical mutations known as 'clones'.

Using data from the UK Biobank, a large-scale biomedical database and research resource containing genetic and health information from half a million UK participants, the team was able to show how these genetic changes relate not only to blood cancers but also to tumors that develop elsewhere in the body such as lung, prostate and ovarian cancer.

The team found that clonal hematopoiesis accelerated the process of biological aging itself and influenced the risk of developing atrial fibrillation, a condition marked by irregular heartbeats.

The findings also clearly established that smoking is one of the strongest modifiable risk factors for developing the disorder, emphasizing the importance of reducing tobacco use to prevent the condition's onset and its harmful consequences.

Dr. Siddhartha Kar, UKRI Future Leaders Fellow at the University of Bristol and one of the study's lead authors from Bristol's MRC Integrative Epidemiology Unit (IEU), says that the team's "findings implicate genes and the mechanisms involved in the expansion of aberrant blood cell clones and can help guide treatment advances to avert or delay the health consequences of clonal hematopoiesis such as progression to cancer and the development of other diseases of aging."

Professor George Vassiliou, Professor of Haematological Medicine at the University of Cambridge and one of the study's lead authors, added that the "study reveals that the cellular mechanisms driving clonal hematopoiesis can differ depending on the mutated gene responsible. This is a challenge as we have many leads to follow, but also an opportunity as we may be able to develop treatments specific to each of the main subtypes of this common phenomenon."

Dr. Pedro M. Quiros, formerly researcher at the Wellcome Sanger Institute and the University of Cambridge, and now Group Leader at the Health Research Institute of Asturias (Spain) and another of the study's lead authors say that they "were particularly pleased to see that some of the genetic pathways driving clonal hematopoiesis appear to be susceptible to pharmacological manipulation and represent prioritized targets for the development of new treatments." 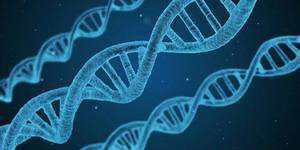 Living with Lymphedema: A Patient Perspective
UP NEXT...
HER2 (ERBB2) Mutations in NSCLC: Mechanism of Disease
CME