Scientists from Scripps Research have shown how anesthetics cause clusters of lipids in the cell membrane to break apart, triggering downstream processes that lead to a loss of consciousness.

Anesthesia is one of the biggest mysteries of neuroscience. Despite health professionals using it every day for more than 150 years, the molecular mechanism by which general anesthetics produce their effects is unclear.

Beyond being a medical quandary that could lead to the design of better anesthetics, the mechanism of anesthesia may be related to how we sleep, the nature of consciousness, and conditions related to these states.

The first successful demonstration of an anesthetic to generate a loss of consciousness was in 1846 at the Massachusetts General Hospital in Boston.

Researchers later noted that the potency of anesthetics is related to their solubility in lipids, which are present in the membranes of cells in the body. This led to the “lipid hypothesis” of general anesthetic action, but precisely how changes in membrane lipids generate unconsciousness has remained a mystery.

In a recent study in the journal PNAS, scientists from Scripps Research in San Diego, CA, describe the mechanism behind general anesthesia in unprecedented detail.

The proposed mechanism is based on, but may not be specific to, the disruption of heterogeneous clusters of lipids called lipid rafts. This triggers the opening of ion channels and ultimately stops neurons from firing.

“When I was in medical school at Stanford, this was the one problem I wanted to solve. Anesthesia was of such practical importance I couldn’t believe we didn’t know how all of these anesthetics could cause people to lose consciousness.”

To shed some light on the mystery, Dr. Lerner and colleagues used a combination of nanoscale microscopy, cell studies, and experiments in fruit flies (Drosophila melanogaster). The fruit fly is a surprisingly powerful model organism in neuroscience.

They first exposed cells to chloroform, a potent anesthetic that doctors no longer use due to its dangerous side effects. They watched what happened using a powerful microscope “able to visualize biological complexes smaller than the diffraction limits of light.”

They found that chloroform shifted the organization of lipid clusters in the cell membrane, from tightly packed balls into highly disordered structures.

As this happened, the lipid cluster also spilled its contents, including an enzyme called PLD2. The team tagged PLD2 with a fluorescent chemical so that they could watch it move away from the original lipid cluster.

They found that the enzyme went on to activate molecules within other lipid clusters, including a potassium ion channel called TREK1. The activation of this ion channel essentially “freezes” neurons, so that they can no longer fire action potentials. This leads to a loss of consciousness.

“The TREK1 potassium channels release potassium, and that hyperpolarizes the nerve — it makes it more difficult to fire — and just shuts it down,” explains senior study author Dr. Scott Hansen, an associate professor at Scripps Research’s Florida campus.

PLD2 Is Important, But Not Everything

To validate their findings in cells, the researchers wanted to study the same process in living animals. This is where the fruit flies come in.

They genetically deleted the key enzyme, PLD2, in some of the flies. They found that flies without this enzyme were more resistant to chloroform; they needed almost twice as much of the anesthetic as the normal flies to become sedated.

This shows that although PLD2 is important in generating the effects of anesthesia, it is not the only mechanism at play.

Although there is much more for researchers to discover, these findings have opened the doors to allow that to happen.

The team says that similar molecular mechanisms may explain how we fall asleep, which is another major mystery of modern neuroscience. Indeed, Drs. Hansen and Lerner are already busy at work researching how lipids may be involved in sleep generation.

However, perhaps the biggest question is why this mechanism evolved. Clearly, the system did not evolve for the purpose of anesthesia, which scientists only developed 175 years ago.

The search for the naturally occurring molecule that activates this biological pathway continues. Its discovery could answer longstanding questions around consciousness and many of the most complex and poorly understood functions of the human brain. 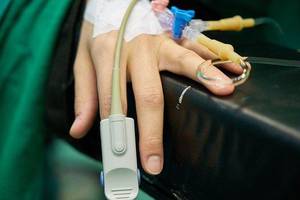 ASCO Investigates Disparities in Cancer Care: Representation in Oncology
UP NEXT...
What Do the Current Clinical Guidelines Recommend Regarding Post-acute Management of VTE in Pediatric Patients?
CME