The Senate passed the bill by 59 to 35 on Thursday, sending the legislation to President Biden after a successful House vote earlier this week. The bill included a provision to raise the debt ceiling via a simple majority vote.

The legislation would delay a 2% cut to Medicare payments that was created under sequestration but has been put on hold over the past two years due to the pandemic.

Congress decided to delay the 2% cut until April, when it will install a 1% cut to payments until June.

Lawmakers also delayed a 4% cut to Medicare reimbursements triggered by the Pay-As-You-Go law, which installs cuts to government programs if spending reaches a certain threshold. The PAYGO cuts were delayed until 2023.

The bill also trims a 3.75% cut expected to hit physicians as part of the Physician Fee Schedule. But the legislation reduces that percentage to 0.75% instead.

With the vote on the legislation, expected to be signed by President Biden, provider groups are turning towards a more permanent solution to the issue.

The Medical Group Management Association said Thursday that Congress needs to refocus policies that “penalize physician practices and the millions of beneficiaries they treat,” Anders Gilberg, senior vice president of government affairs for MGMA, said in a statement.

The American Medical Association also called for the need to avoid such 11th-hour efforts by Congress.

“There is no need to wait for the last minute to start working on the systemic problems,” AMA President Gerald Harmon said in a statement. “These automatic cuts should remind members of the needed reforms. Congress can get a head start on doing the right thing when it reconvenes early next year.” 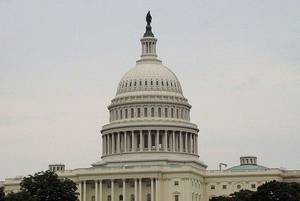 Addressing Health Care Disparities for Black Women with Breast Cancer
UP NEXT...
Reacting to RET Inhibitors: A Look at Progression & the Future
CME