A team of researchers from Children’s Hospital of Philadelphia (CHOP) used a new method of pinpointing potential disease-causing changes in the genome to identify two new potential therapeutic targets for lupus, while also paving the way for more accurately identifying disease-causing variations in other autoimmune disorders. The findings were published online today in Nature Communications.

Genome-wide association studies (GWAS) leverage variations across the genome, the complete set of a person’s genes and associated DNA, in order to learn more about heritable diseases and traits. These studies typically identify clusters of hundreds of single-nucleotide polymorophisms, or variants, that could cause a particular disease, but the studies themselves are unable to identify which ones are responsible. This is because the vast majority of variants are not in the genes themselves, but in the intervening DNA, and GWAS does not necessarily solve which genes are impacted by disease-associated polymorphisms.

Systemic Lupus Erythematosus is an autoimmune disorder with no known cure that affects both children and adults, with greater prevalence among racial minorities. While several studies on lupus have focused on naive helper T cells and other blood cells, this study was designed to focus on follicular helper T cells, which play a more central role in immune responses related to lupus. Rather than use a typical GWAS approach, the researchers set out to create three-dimensional maps that match variants with the genes they likely regulate. Their approach used variants as “signposts” to identify potential gene enhancers in normal tissue.

“Prior to this study, no 3D structural genomic maps had been generated for this lupus-relevant cell type before,” said Andrew D. Wells, PhD, Co-Director of the Center for Spatial and Functional Genomics at CHOP, and co-senior author of the study together with Struan F. A. Grant, PhD. “With our approach, we believe we were in a position to identify genes and pathways that had no prior known role in lupus.”

Using this method, the study team identified 393 variants in proximity to genes in 3D, and therefore potentially involved in their regulation. Approximately 90% of those variants would have been considered distant to their gene in one dimension, but were actually close in the proper three-dimensional map created by the team. The researchers were able to pinpoint two kinases, HIPK1 and MINK1, that had no previously known role in lupus. When these enzymes are targeted in follicular helper T cells, they inhibit the production of interleukin-21, a cytokine involved in regulating antibody production.

“We believe that HIPK1 and MINK1 may serve as valuable therapeutic targets for lupus, a disease that is in dire need of new treatment options,” Wells said. “We also want to take the methods we used in this study and apply them to other autoimmune diseases and help pinpoint more causal variations that may have otherwise remained obscured by GWAS alone.”

Wells also said their team hopes to develop HIPK1 transgenic mouse models to study their susceptibility to experimental lupus, as well as the potential impact of HIPK1 on antiviral immunity. 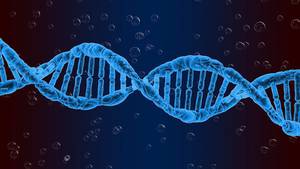 Breakthroughs and Innovations: Managing Complex Cases in Graft-versus-Host Disease
UP NEXT...
Perspectives on How KEYNOTE-189 Is Changing NSCLC Care Paradigms
CME