In many studies, bariatric surgery has been highlighted as an almost magical method for weight loss and reversing type 2 diabetes. One question that has remained largely unanswered is how the effect of surgery differs from the effects of a strict low-calorie diet. This question has now been examined by researchers at Lund University in Sweden in a study published in the journal Diabetes.

By monitoring individuals who underwent a six-week low-calorie diet followed by a bariatric operation, they can for the first time show why several health markers improve.

In a bariatric operation, a so-called gastric bypass, a large part of the stomach and the first part of the small intestine are disconnected. The patient needs to lose weight before the operation in order to reduce the size of the liver and the amount of fat around the internal organs. This is done to reduce the risk of complications.

Normally, the patient follows a strict six-week diet of fewer than 1 000 calories per day in order to achieve weight loss. Previous research has studied the combined effect of diet and surgery. What has been seen, in addition to weight loss, is improved blood sugar control, which has been considered a result of an increase in the hormones GLP-1 and GIP and enhanced insulin release. As a bonus, individuals with type 2 diabetes "recovered" just days after the procedure.

In a new study, researchers at the Lund University Diabetes Centre (LUDC) and the Centre for Analysis and Synthesis (CAS) have for the first time studied the effects of the strict low-calorie diet and the operation separately. The results show that the diet alone accounted for the greatest positive effect.

"More than 90 percent of everything that occurred, happened as a result of the diet. Very little changed after the surgery", says Peter Spégel, who works at LUDC and CAS.

By measuring several hundred metabolites in the blood (substances formed by, among other things, sugar, protein, and fat in our metabolism) before and after the low-calorie diet and the operation, the researchers could see that the levels of the various metabolites after the diet went in the direction expected from reduced food intake and improved health. The surgery itself caused very minor changes.

However, a few unique changes were observed that generally were the opposite of those that happened during the diet. The researchers could link some of these effects on the stress that surgery causes for the patient, and this was supported by the fact that virtually all the changes had disappeared six weeks after the operation.

The one most surprised by the results is Nils Wierup, who previously, unlike Peter Spégel, was convinced that it was the surgical procedure and the hormonal changes that accounted for the improved effect.

"What we previously thought was linked to the gastric bypass surgery is actually not. I have had to change my viewpoint", he says.

"It was very good for this project that at the start we had such differing expectations and hypotheses on the effects bariatric surgery and diet have on metabolism. We have therefore looked very carefully at all the results to elucidate the study from all conceivable angles", adds Peter Spégel.

The results are not to be interpreted as the low-calorie diet being beneficial in itself or that the operation is unnecessary. The procedure is necessary in order for the patient to maintain a limited food intake for a long period.

"A low-calorie diet is usually not harmful. The fact that we have now shown the effects previously associated with surgery actually arise during the preceding low-calorie diet, and not as a response to the surgery, may perhaps make gastric bypass surgery less magical.

However, as a result of this, we can also point to bariatric surgery not having any negative metabolic consequences", says Peter Spégel.

"If you are seriously overweight, calorie restriction is not necessarily harmful. Gastric bypass is a good treatment method for obesity. In addition to the weight loss being more considerable and long-lasting compared to a low-calorie diet, the surgery has the added effect that the patient's diabetes reverses", states Nils Wierup.

"If metabolism is primarily affected by the diet and not the surgery, what then is the function of the hormones GLP-1 and GIP?", says Nils Wierup.

The answers will possibly emerge from forthcoming studies in which the researchers will conduct a long-term follow-up and compare their results in a European study. 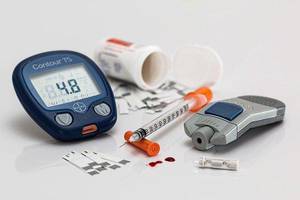 Keeping Pace in Bladder Cancers: All About Sequencing in Locally Advanced or Metastatic Urothelial Carcinoma
UP NEXT...
A Look at the Therapeutic Landscape for Metastatic Breast Cancer
CME