A major U.S. study reveals large gaps between urban and rural patients in quality of care received after a stroke and rates of survival. In more rural areas, the ability of hospitals to deliver advanced stroke care is lower and mortality rates substantially higher, the research shows.

The analysis, involving nearly 800,000 patients, was led by researchers at Washington University School of Medicine in St. Louis. Their findings are published June 18 in the journal Stroke.

"Our data suggest rural patients are missing out on access to more advanced stroke therapies and that action is needed to address these disparities and ensure that people can get the care they need, no matter where they live," said senior author Karen Joynt Maddox, MD, an assistant professor of medicine. "In this day and age, it's unacceptable that people don't have access to advanced care. But since stroke therapy is complex, solutions are not going to be one-size-fits-all. We need to think fundamentally differently about how we deliver stroke care in rural areas to begin reducing these disparities."

In an effort to understand the circumstances that contribute to growing differences in life expectancy between urban and rural populations, the researchers focused on stroke. It is the fifth-leading cause of death in the U.S., with 140,000 deaths annually, according to the Centers for Disease Control and Prevention. Strokes typically occur suddenly, when a blood clot interrupts the brain's blood supply. Past studies of urban-rural differences in stroke care and mortality have been limited to single medical centers, individual states, or were conducted before modern advances in stroke care became available.

In more rural areas, the investigators also found that patients were less likely to receive either of two of the more advanced stroke treatments available: intravenous thrombolysis, in which clot-busting drugs are injected directly into a vein to dissolve the clot; and endovascular therapy, in which a small catheter is inserted into the blocked blood vessel in the brain to remove the clot.

"It's not realistic to expect small, rural hospitals to perform some of the more advanced procedures, such as endovascular therapy," Joynt Maddox said. "But they can recognize when patients need more advanced care and transfer patients to a hospital that has those capabilities. One problem is that health systems don't have consistent, widespread procedures in place to make sure that stroke patients in rural areas have access to these technologies when they need them."

Complicating matters for rural patients, effective stroke care is highly time-dependent. The clot-busting drugs must be administered within the first three hours after the onset of symptoms, such as face drooping and slurred speech, and endovascular therapy must be given within six to eight hours after symptoms appear. After these time points, the risks of the procedures, especially internal bleeding, begin to outweigh the benefits.

Symptoms of a stroke can include face drooping, numbness or weakness on one side of the face or in one limb, slurred speech, confusion or difficulty understanding speech, vision problems, dizziness or difficulty walking, and sudden severe headache.

Although the researchers were not able to assess the amount of time between the onset of symptoms and the first treatments being administered, they suspect that rural patients may live or work farther from hospitals and have to wait longer for emergency services to respond to a 911 call than patients in urban areas.

There is also the difficulty of recognizing when a person is having a stroke.

"Patient education is another important piece of this problem because people often don't recognize the symptoms of a stroke when it's happening," said first author and cardiologist Gmerice Hammond, MD, a health policy research fellow in the Cardiovascular Division. "We can have great systems in place, but they will underperform if people wait too long to seek care because patients and family members don't recognize when someone is having a stroke."

Given the difficulty in accessing the more complex interventions for rural patients, Hammond emphasized the importance of working to prevent strokes in the first place, including better access to primary care in rural areas and other preventive measures that could help people address stroke risk factors, such as high blood pressure, smoking, diabetes, and obesity.

"Simply living in a more rural setting can be a risk factor for stroke and worse outcomes after therapy," Hammond said. "Overall stroke care is improving with newer technologies, but our data show that those improvements are not reaching patients who live far from urban centers. The rural population is an important place to focus interventions and research, so we can develop ways to expand access to the latest stroke therapies and improve care for these patients."

Navigating the HER2 Treatment Paradigm for Gastric Cancer 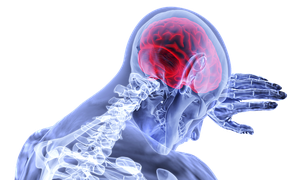 Navigating the HER2 Treatment Paradigm for Gastric Cancer
UP NEXT...
TROP2-Directed ADCs in Breast Cancer
CME