The Novavax COVID-19 vaccine was approved in Germany this February, followed by the U.S. in mid-July. Immunology professor Martina Sester and her team have now studied how Novavax recipients respond to the vaccine. The study shows that the vaccine leads to a significant development in antibodies and T cells. However, the level of antibodies and T cells is lower than in people who receive the BioNTech or Moderna vaccines. As with the mRNA vaccines, the antibodies had a limited effect against virus variants of concern. However, the T cells, which are important in preventing severe courses of COVID-19 disease, were also able to recognize all variants from alpha to omicron.

Over the past year, several studies by Martina Sester, Professor of Transplant and Infection Immunology at Saarland University, and her team have received international attention. The researchers were able to show very early on how effective certain vaccine combinations are and how diversely the immune system responds to different vaccines.

"When the Nuvaxovid vaccine from the company Novavax started to be used for vaccinations in Saarland in March, we immediately looked for subjects for a study. This proved to be a little more difficult than in previous studies because a large number of people had already been vaccinated and, after the initial rush at the vaccination centers, demand for the vaccine quickly fell," explains Martina Sester. According to the German Federal Ministry of Health, approximately 135,000 doses of the Novavax vaccine have been administered to date and around 60,000 people have received two shots. With around 60 million primary dual-dose vaccinations administered so far in Germany, Novavax accounts for just 0.1%.

The immunologists at the university's campus in Homburg recruited several dozen test subjects for their study. Twenty-two individuals who had not previously had a SARS-CoV-2 infection and did not develop COVID-19 after their first vaccination were examined in detail after their second dose. Some of them were examined more closely before and after the first shot to see how their immune response developed over the course of the two doses. In addition, further subjects who became infected with the omicron variant after their first dose were examined in more detail.

"Thanks to our studies with the BioNTech and Moderna vaccines last year, even with the relatively small number of cases, we were able to make detailed comparisons with data collected using the same methods and under identical experimental conditions. We were also able to draw on a sample biobank. For all 22 subjects, we used data from gender- and age-matched individuals who had been vaccinated with BioNTech or Moderna at similar intervals," explains Martina Sester.

The research team found that subjects who received only one dose of the Novavax vaccine exhibited an immune response that was too low to provide sufficient protection against a COVID-19 infection. One dose was only sufficient in subjects who had already been infected with COVID-19 before receiving their first dose.

"After two standard doses, antibody levels in blood increased substantially, but were slightly lower than in the comparison group that received the mRNA vaccines," says the immunology professor. However, she was able to see clear differences in the two types of T cells.

The helper T cells have a number of functions, including supporting the production of antibodies. The role of the killer T cells is to destroy those cells that have become infected with the virus. Killer T cells are particularly important in preventing serious COVID-19 illness and hospitalization.

"In the people we studied who had received the Novavax vaccine, the helper cells were present in slightly lower numbers than in those who had been vaccinated with Biontech and Moderna, and in some subjects we were unable to detect them at all," says Martina Sester. The difference was more pronounced in the killer cells: "The killer cells were barely detectable in any of the Novavax test subjects. This is due to the way in which this vaccine works, as the SARS-CoV-2 spike protein is unable to mobilize the killer cells in the same way as the mRNA vaccines. The latter provide the 'blueprint' of the spike protein to allow the cells to produce the spike protein themselves, just like they would with a viral infection," explains the immunologist.

In collaboration with Dr. Marek Widera of University Hospital in Frankfurt, the Homburg researchers also conducted tests to determine how well the Novavax vaccine can neutralize the different COVID-19 variants. "To date, all of the vaccines have been based on the original strain of the virus (also called the parental virus). The problem with all of them is that the antibodies are not as good at recognizing the omicron variant in particular, which is resulting in the continuing high incidence rates. Unfortunately, this is no different with Novavax, as our study shows," says the professor. In contrast, the immune response from the T cells continues to function well, which explains why vaccinated individuals are currently much less likely to become seriously ill.

"In recipients of the Novavax vaccine, the immune response of the helper cells is not limited by the numerous mutations. We can't draw any conclusions about the killer cells as they were not detectable in the test subjects. Whether or not the absence of these cells is more likely to lead to more severe illness from COVID-19 in people who receive the Novavax vaccine will need to be monitored over the coming months," says Martina Sester.

To improve antibody function, she recommends that anyone who has two doses of Novavax should receive a third booster shot after six months. Regarding the more minor side effects of vaccination, such as headaches, fatigue, and low-grade fever, the researchers found no differences to the mRNA vaccines. 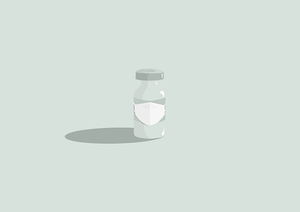