Immune checkpoint inhibitors (ICIs) have transformed cancer care by unleashing T-cells to fight tumors, but they can cause serious cardiotoxicities including myocarditis. ICI-induced myocarditis represents a new clinical syndrome because of the novelty and considerable usage of ICIs.

While it has been hard to fully define the clinical features of ICI-myocarditis, new research provides a clearer picture of the highly arrhythmogenic nature of myocarditis brought about by these inhibitors.

In a study headed by UC San Francisco researchers and published in Circulation this week, the investigators report electrocardiographic and arrhythmogenic features of ICI-myocarditis. The group utilized an online platform to establish an international registry from 49 institutions and 11 countries of ICI-myocarditis. While close to 500 cases have been collected, 125 patients with electrocardiograms at the time of hospitalization were identified. Two cardiologists analyzed the electrocardiograms while blinded to the individual case and outcome.

The results establish ICI-myocarditis to be highly arrhythmogenic and define specific electrocardiographic features that will help clinicians diagnose and prognosticate the syndrome.

The study builds on previous research by Javid Moslehi, MD, William Grossman Distinguished Professor and Section Chief of Cardio-Oncology and Immunology for the UCSF Heart and Vascular Center. His research reported on the cases of two patients with melanoma who died from fatal myocarditis that they developed after treatment with ipilimumab and nivolumab, two drug therapies used for treating melanomas.

"ICI-myocarditis is still poorly understood, but patients and physicians need to be aware of the adverse impact ICIs may have on some patients' hearts," said Moslehi. "Further studies are needed to evaluate how ECG changes in patients treated with ICIs can inform prediction and monitoring strategies for ICI-myocarditis."

The study included all of the approved ICI (totaling 9 today) but mostly concentrated on ipilimumab, nivolumab and pembrolizumab, the first three drugs approved and most widely used. The patients in the study presented a wide range of ECG abnormalities including conduction blocks, decreased voltage, and repolarization abnormalities that frequently degenerate to malignant arrhythmias.

Besides Moslehi, two other UCSF cardiologists—Mandar Aras, MD, Ph.D., and Alan Baik, MD, – are co-authors of the manuscript.

"This study really exemplifies the power of teamwork. We have formed a true international network with cardiologists and cardio-oncologists from around the world," said Moslehi. In particular, the group has formed a close collaboration with cardiologists at Sorbonne University in Paris, led by Joe-Elie Salm, MD. "We are now excited about the next studies using the database," Moslehi said. 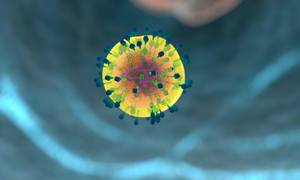 Investigating Immunotherapy & Its Role in NSCLC
UP NEXT...
Applying Data to Patient Care: Case Review in Follicular Lymphoma
CME