In a recent study published in Emerging Infectious Diseases, researchers identified 10 avian influenza A(H5N6) viruses in poultry from four Chinese provinces, with immune-evasion and complex genetic recombination potential. Due to this, H5N6 clade 2.3.4.4b viruses pose a significant threat of causing infections in humans.

There were 26 cases of laboratory-confirmed human infections by influenza A(H5N6) virus in China between 2014 and 2020. However, these sporadic infections gathered attention only by 2021, when the case figures rose beyond the cumulative numbers of the previous seven years in barely eight months and caused deaths.

There is the availability of highly effective H5N6 vaccines, which reduce the likelihood of severe clinical disease and shedding of virus in poultry; yet, sporadic H5N6 infections occur in waterfowl. These birds have become a weak link in preventing the influenza A virus. Also, they have led to the uncontrolled spread of highly pathogenic avian influenza (HPAI) subtype H5Nx in poultry in China.

Due to strict immunization policies for poultry in China, the H5N8 virus was quickly eliminated but reemerged in 2020, causing a serious threat of an endemic and subsequent zoonotic spill into humans. Since a surge in influenza A(H5N6) cases in humans, the prevalence and mode of H5N8 reassortment are of great concern.

In the present study, researchers identified a novel reassortant avian influenza A(H5N6) virus present across the poultry industry in China; that also caused a surge in human infections. They isolated an H5N6 virus from a sick duck on a poultry farm in Chengdu, Sichuan, China, in June 2021, and another from a dead chicken in the house of a human patient in Chongqing in July 2021. Further, they isolated two H5N6 viruses in August and September 2021 from chicken and goose farms in two Chinese provinces. Last, in October 2021, they detected five H5N6 viruses from Guangdong province, three from ducks, one from a goose, and one more from the environment.

As per the World Health Organization (WHO) protocol, the researchers sequenced the genomes of all 10 H5N6 viruses and then constructed a maximum-likelihood phylogenetic tree to categorize them into epidemic clades. All 10 H5N6 viruses belonged to the 2.3.4.4b hemagglutinin (HA) clade, with 99.1% to 100% similar HA genes.

The researchers used Chongqing avian strains as a representative virus with human-origin virus sequences. It shared multiple similarities between the PB2, polymerase acidic, and nonstructural genes of the influenza A(H3N2) virus. The authors observed that this novel virus was reassorted with the H3N2 virus, deriving the polymerase basic (PB)1 gene from the influenza A(H1N2) virus. The HA and the matrix genes, with 99.2% and 99.9% similarity with the H5N8, pointed to origin from H5N8. Since it shared a similar neuraminidase gene with the H5N6 virus, it is also possible that the novel H5N6 virus is a reassortment of the H5N8 and H5N6 viruses. Another speculation is that the involvement of other low-pathogenicity avian influenza viruses in reassortment made the internal genes of all strains appear complex but inconsistent.

Several H5N6 viral infections in humans occurred during the non-influenza season in southern China within a short time, indicating its viral load has increased over time. Also, the researchers collected one viral specimen from a sewage ditch swab in a live poultry market in Dongguan, which indicates its presence in the environment. This further increases the probability of H5N6 infections in humans.

The current study identified 10 novel reassortment H5N6 virus strains from poultry and the surrounding environment that resembled human-origin H5N6 viral strains. The viral strains identified at the onset of endemic later clustered into three geographically characterized subclades. However, they all had similar mammalian susceptibility mutations, including T33K, L89V, and G309D, in their PB2 gene. The antigenic differences between vaccine antisera and these viruses could have implications for transmission risk. 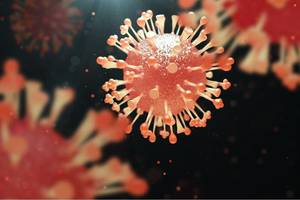