Efforts to contain the novel coronavirus have caused lockdowns and school closures around the world. These efforts and policies have unfortunately cut off many children from valuable resources such as the opportunity for exercise, access to clean water and food, learning, and socialization. Therefore, the effects on mental health and behavior may be found not just in adults but children. However, studies published thus far have been limited to elucidating the mood of middle school and high school students, and the conditions for which mood problems occur remain unclear. Therefore, support and assistance methods to help such students, including younger children remained unclear. To fill this knowledge gap, this study conducted a follow-up study during the time Japan was under a state of emergency and schools were closed in March until May of 2020.

Associate Professor Fumito Takahashi of the Faculty of Education, Shinshu University led this cohort study on elucidating the anguish and problems faced not only by middle school and high school-aged students but also that of grade-schoolers from the first grade and above, until the third year of high school. First graders of elementary-age, who were excluded from the past self-reported surveys due to their inability to articulate their problems on self-report questionnaires, were included in this parent-reported survey, so that the problems in this age group could be understood by teachers, clinicians, and policymakers. Not only was the mood of subjects under study such as depression and anxiety, but problematic behaviors such as delinquency, inattention, and hyperactivity were successfully elucidated. The study showed that in fact, the inattention and hyperactivity in children grades 1 to 3 were the problems that increased the most during the lockdown.

The cohort study showed that when schools close and there are lockdowns in effect to control the spread of disease, households that have any of the following may need special assistance and support: 1) a household with (a) child(ren) under the age of ten (grades 3 and under), 2) households with low income (under 2 million yen per year) 3) households with children with developmental disabilities.

Dr. Takahashi will continue to research conditions or other support and assistance which allow children to thrive, especially those until adolescence who may have developmental disabilities so that their mental health will not worsen. Such studies aim to make environments in which "characteristics" are turned into "disabilities" fewer and to allocate social resources appropriately for those who experience difficulties so that people of all characteristics can live and thrive.

To realize such a society is not just the work of specialists such as psychiatrists and social workers, but the cooperation of guardians, local residents, pediatricians, nurses, and teachers is crucial. Policies that enable the cooperation of each actor are also important. There remains a lot to do, which means that everyone in any position has a way they can be of help. 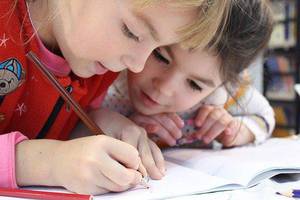 Full Spectrum of Breast Reconstruction Surgeries: From Cosmetic to Breast Cancer Diagnosis
UP NEXT...
Evaluating Biomarkers at Work in NSCLC
CME