The study, published today (12 October) in Nature, is the largest ever genome-wide association study, using the DNA of over 5 million people from 281 contributing studies. It plugs a sizeable gap in our understanding of how our genetic differences account for differences in height. Over 1 million of the study’s participants are of non-European – African, East Asian, Hispanic or South Asian – ancestry.

The 12,111 variants, which cluster around parts of the genome associated with skeletal growth, provide a powerful genetic predictor for height. The variants identified explain 40% of the variation in height for people of European ancestry, and around 10-20% for those of non-European ancestry.

Adult height is mostly determined by the information encoded in our DNA - children from tall parents tend to be taller and those from short parents are shorter, but these estimates aren’t perfect. Growth from a small baby into an adult, and the role genetics play in this, have traditionally been a complex and poorly understood area of human biology. Previously, the largest genome-wide association study looking at height used a sample size of up to 700,000 individuals, the current sample is about seven times more than previous studies.

The unprecedented scale of the research provides new levels of detail and biological insight as to why people are tall or short, with heritability being linked to various specific genomic regions. The findings show that genetic variants associated with height are concentrated in regions covering just over 20% of the genome.

The study’s findings could help doctors to identify people who are not able to reach their genetically predicted height, which may then aid in the diagnosis of hidden diseases or conditions that may be stunting their growth or impacting their health. The research also provides a valuable blueprint on how it could be possible to use genome-wide studies to identify a disease’s biology and subsequently its hereditary components.

While this study has a large number of participants from non-European ancestries compared to previous studies, the researchers emphasise the need for more diversity in genomic research.

“We have accomplished a feat in studying the DNA of over 5 million people that was broadly considered impossible until recently.

“Genomic studies are revolutionary and might hold the key to solving many global health challenges - their potential is tremendously exciting. If we can get a clear picture of a trait such as height at a genomic level, we may then have the model to better diagnose and treat gene-influenced conditions like heart disease or schizophrenia, for example.

“If we can map specific parts of the genome to certain traits, it opens the door to widespread targeted, personalised treatments further down the line that could benefit people everywhere.” 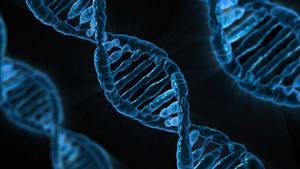