An aggressive type of pediatric brain tumor, medulloblastoma, exists in a pre-malignant form at birth after initially developing during the first or second trimester of pregnancy, according to a new international study. As medulloblastomas typically present during childhood, around seven years of age, the team’s discovery is the first indication there could be a window of several years during which a medulloblastoma could be prevented from ever occurring.

Four leading research groups partnered to study the highly aggressive brain tumor, including groups at the Max Rady College of Medicine at the University of Manitoba, the National Cancer Center in Tokyo, Japan, Seattle Children’s Research Institute, and The Hospital for Sick Children (SickKids). The team’s findings were published today in Nature.

Brain tumors are the deadliest form of childhood cancer and account for 20 percent of all new pediatric cancer cases. Treatment for medulloblastoma currently consists of aggressive surgery, high doses of chemotherapy, and/or radiation of the whole brain and spinal cord. Up to 40 percent of patients still succumb to the disease, while survivors must deal with the long-term toxicities associated with chemotherapy and radiation.

Medulloblastoma is comprised of multiple subgroups and the study focused on the most common and least well understood subgroup, called Group 4. The study team’s goal was to identify how and where Group 4 tumors arise during embryonic development in the hopes of accelerating discoveries of more effective treatments.

The researchers collected medulloblastoma samples from children’s hospitals around the world and used several sequencing technologies to successfully identify genetic variations that can cause Group 4 medulloblastomas. They found these genetic variations were effectively “stalling” normal cellular differentiation in a specific cell type only present during early fetal development of the human cerebellum. This “stalling” of normal cellular differentiation results in a pre-malignant form of the tumor that then resides in the brain after birth, a finding which may be generalizable to the other forms of medulloblastoma.

The researchers note that the cell type they identified is far more common and is found in a region of the developing cerebellum that is more structurally complex in humans compared to other mammals. They say this could mean medulloblastoma is a direct consequence of the evolved complexity of the human cerebellum.

Crucially, the team’s findings show medulloblastomas originate much earlier in pregnancy than previously thought and that they could even be preventable. They say clinicians may have a window of opportunity between birth and symptom onset to detect medulloblastomas before they develop, and possibly to prevent them from ever turning into deadly brain tumors. This is thought to be the first time that medulloblastoma has been identified as potentially preventable.

“This project was a beautiful example of teamwork, where each lab contributed an important piece of the puzzle. Working as a team over the last 18 months has led us in exciting new directions. Now that we can pinpoint where these tumors come from, we can develop better models of the disease that will then be used for extensive drug testing. This may even allow for earlier detection, so this research is very exciting and opens a lot of new opportunities,” says Dr. Tamra Werbowetski-Ogilvie, professor of biochemistry and medical genetics in the Max Rady College of Medicine, University of Manitoba and researcher with the Children’s Hospital Research Institute of Manitoba (CHRIM).

“The detailed mechanisms of how Group 4 medulloblastoma arises have been an enigma for a long time. Now, amazing progress has been made through our collaborative efforts. Our discovery couldn’t have been achieved without big sequencing data and the cooperation of many institutes. We pay tribute to honor the many patients and their families who donated samples to our study. Their gift opens avenues for a new way to prevent this deadly childhood brain tumor,” says Dr. Hiromichi Suzuki, chief and principal investigator in the Division of Brain Tumor Translational Research at National Cancer Center Japan.

“Our success was only possible because of the amazing international team involving a wide range of clinical and basic scientific expertise. Central to the study were extensive comparisons of normal and tumor tissue to enable rapid identification of the genes and cells that go awry to cause these tumors. Studies in cultured cells were then essential to confirm our findings. We are excited to continue to work together to develop precision therapies for affected children,” says Dr. Kathleen Millen, professor and principal investigator at the Center for Integrative Brain Research at the Seattle Children’s Research Institute.

“We wanted to see how we could speed up the development of more effective therapies, but what we discovered may be even better than what we imagined. Preventing cancer from happening in the first place instead of treating it after it happens is the best possible outcome for children. This paper makes great strides for children with medulloblastoma and could only have been possible through a remarkable international collaboration that involved 46 different hospitals across 17 countries,” says Dr. Michael Taylor, pediatric neurosurgeon and senior scientist in the Developmental & Stem Cell Biology program at SickKids, and professor of surgery at the University of Toronto. 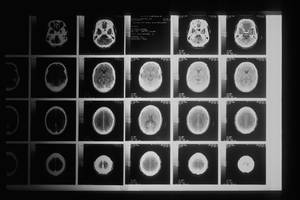