Researchers have observed a similar increase in many other places around the world. Some evidence suggests westernized diets, high-fructose corn syrup, synthetic dyes, growth hormones used in food supply chains, obesity, and stress may lead to early-onset colorectal cancer. While earlier research suggested that early-onset colorectal cancer was inherently more aggressive, additional treatment for patients with such a disease has not improved survival.

Using an institutional database collected from patients at Memorial Sloan Kettering Cancer Center between 2014 and 2019, researchers here compared tumor biology in 759 patients with early-onset colorectal cancer compared with 687 patients diagnosed later. They investigated the location of the tumor, symptoms at diagnosis, patients' risks for hereditary colorectal cancer, and other tumor molecular features.

The paper, "A comprehensive comparison of early-onset and average-onset colorectal cancers," will be available in the Journal of the National Cancer Institute today.

What Is the Role of KRAS Testing in Therapeutic Decision Making for mCRC? 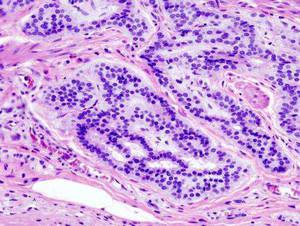 What Is the Role of KRAS Testing in Therapeutic Decision Making for mCRC?
UP NEXT...
Preventing and Treating Skin Cancer: Primary Care Priorities
CME