Social disconnection is a lack of social, emotional, and physical engagement with other people. This results in isolation and loneliness. Risk factors such as the shrinking of family sizes, lack of family support, and declining health have made it hard for older adults to keep up with social and economic activities and maintain social connections, which ultimately results in social disconnection and isolation. The social distancing measures brought about by the ongoing COVID-19 pandemic have exacerbated social isolation, especially among the elderly.

From these findings, Prof Koh recommends targeting community interventions to elderly men living alone, and extending its scope to older adults in poor health who live with their families. The Singapore Government has made much effort in the area of eldercare which has helped most older people to stay socially connected. Despite this, social alienation is increasingly present due to the demographic trends of population aging and solo-living, and extra effort is needed to help vulnerable individuals, especially older men. Interventions that encourage individual and personal productivity, such as paid work, volunteerism, and learning new skills should be promoted among older adults to create opportunities for social interaction and maintenance of cognitive functions, Prof Koh adds.

In addition to social isolation, older adults are also at increased risk of chronic age-related diseases, as well as gradual loss of bodily functions and independence in activities of daily living. Prof Koh and Associate Professor Feng have collaborated with other scientists within NUS and other research institutions to establish the SG70 Towards Healthy Longevity cohort study, as the next study to examine the effects of biological, lifestyle, and socioeconomic factors that prevent people from aging healthily and productively. This cohort will recruit 3,000 participants, from the ages of 65 to 75 years old comprising of the three major ethnic groups in Singapore. This age group has been identified as the vulnerable period where the average Singaporean may transit from good health to poor health, and the research team will study this aging process in the SG70 participants for the next 10 to 15 years.

The eventual aim of this SG70 cohort study is to gather scientific evidence that will form the basis for intervention studies in the near future that may slow, halt or reverse the aging process, in order to help people age more healthily, avoid age-related diseases and maintain a good quality of life in their twilight years. 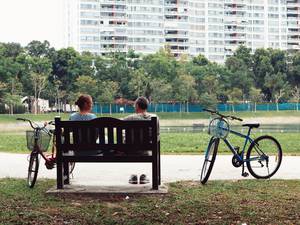