According to the American Cancer Society, a noninvasive breast cancer called ductal carcinoma in situ (DCIS) accounts for approximately one of every four new breast cancer cases in the United States. If left untreated, DCIS has the potential to evolve into invasive cancer, so many patients choose to have breast-conserving surgery or mastectomy after a diagnosis.

However, obtaining clear or negative margins -- no cancer cells in the outer edge of removed tissue -- is critical to mastectomy success as positive margins are associated with higher rates of recurrence.

A new study from Wake Forest School of Medicine suggests removing additional tissue around the tumor cavity, a technique known as cavity shave margin resection, reduces the rate of positive margins in patients with DCIS. The findings are published online in the April 2021 issue of the Journal of the American College of Surgeons.

"Our previous clinical trial showed that this technique can reduce positive-margin rates in invasive disease by at least 50%, but to my knowledge, this is the first analysis involving pure DCIS," said Marissa Howard-McNatt, M.D., director of the Breast Cancer Center at Wake Forest Baptist Health and associate professor of surgical oncology at Wake Forest School of Medicine, part of Wake Forest Baptist.

Researchers randomized 109 patients with pure DCIS (no invasive cancer) from 10 centers across the U.S., and 58 (53.2%) of these patients were randomized for cavity shave margin resection. In this group, researchers noted a nearly 65% reduction in the positive-margin rate.

According to Howard-McNatt, achieving clear margins in patients with DCIS can be difficult due to the continuous and branching nature of the spread of this disease. Clear margins free of cancer are vital in decreasing the chance of recurrence of cancer in the breast.

"Our study shows a significant reduction in positive margins," Howard-McNatt said. "This technique should be considered for DCIS patients."

Perspectives on How KEYNOTE-189 Is Changing NSCLC Care Paradigms 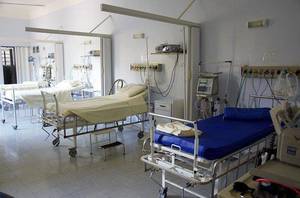 Perspectives on How KEYNOTE-189 Is Changing NSCLC Care Paradigms
UP NEXT...
Investigating a Potential Serum Biomarker for Lung Cancer
CME