According to recent research from the Steno Diabetes Center Copenhagen, Rigshospitalet, and the University of Copenhagen, cancer patients are more likely to develop diabetes. The research also found that people with cancer who acquire diabetes die sooner than those who do not.

Cancer is the leading cause of death in Denmark, a country with a population of about 6 million people. Over 45,000 incident cancer cases were diagnosed in 2019 alone. Fortunately, the most recent statistics reveal a significant improvement in cancer survival in Denmark. However, many survivors experience a decline in quality of life due to lingering symptoms and complications.

Researchers from the Steno Diabetes Center Copenhagen, Rigshospitalet, and the Department of Nutrition, Exercise, and Sports at the University of Copenhagen joined together to conduct a new study that found a link between diabetes risk and cancer diagnosis. The CopLab Database, which is housed at the Center for General Practice at the Department of Public Health at the University of Copenhagen, provided the study’s foundational epidemiological data.

Their results were published in the journal Diabetes Care.

This risk was increased more by certain cancers than by others. Associate Professor Lykke Sylow of the Department of Nutrition, Exercise and Sports at the University of Copenhagen, who is behind the study together with Professor Christoffer Johansen of The National Centre for Cancer Survivorship and General Late Effects (CASTLE) at Rigshospitalet and Professor Christen Lykkegaard Andersen from the CopLab Database at the Center for General Practice, states:

“Our study demonstrates that there is an elevated risk of developing diabetes if a person is affected by lung, pancreatic, breast, brain, urinary tract or uterine cancers.”

The researchers examined an extensive data set consisting of 112 million blood samples from 1.3 million Danes, of whom more than 50,000 developed cancer. While the study does not say anything definitive about why certain types of cancer are associated with a greater risk of developing diabetes, the researchers have theories around which new studies can be built:

The study also demonstrates that people diagnosed with cancer and subsequently diabetes do not generally live as long as patients who do not develop diabetes while experiencing cancer.

“Across all cancer sites we observed, that cancer patients without diabetes survived longer compared to cancer patients diagnosed with diabetes,” says Professor Christoffer Johansen from Rigshospitalet.

Overall, the study finds an excess mortality of 21% in patients who develop diabetes after a cancer diagnosis. It is worth noting that the study encompassed all types of cancer and did not investigate the influence of diabetes on survivability in relation to individual cancer types.

“Our results suggest that it might be relevant to consider diabetes screenings in relation to those cancers where we found an elevated risk of the disease. That is to say, for patients with lung cancer, breast cancer, brain cancer, uterine cancer, and urinary tract cancers. We have outstanding opportunities to treat diabetes and early intervention could have an impact on certain cancer patients,” states Professor Christoffer Johansen. Associate Professor Lykke Sylow seconds his assertion:

“It could be interesting to investigate whether screening helps cancer patients – both in terms of their chances of survival as well as their quality of life. As a preventive initiative, it might also be possible to recommend different types of exercise for people with cancer, ones that we know work effectively to prevent and treat diabetes. But my suggestions are to be taken in a long-term perspective and need to be tested,” she concludes. 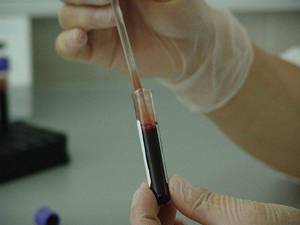