Two large clinical trials published by The BMJ today show that boosting vitamin D levels in adults during the SARS-CoV-2 pandemic was not associated with protection against respiratory tract infections or COVID-19.

Vitamin D metabolites have long been recognized to support innate immune responses to respiratory viruses and bacteria, and some studies have shown that vitamin D may protect against respiratory tract infections, particularly among those who are vitamin D-deficient.

Vitamin D has therefore received much attention for its potential role in preventing and treating COVID-19, but most studies published so far are observational and have shown mixed results.

The first trial was carried out in the UK between December 2020 and June 2021 and involved 6,200 adults (16 years and over) not using vitamin D supplements at enrollment.

Half (3,100 participants) were offered a vitamin D blood test and those found to have low vitamin D levels (2,674; 86%) received either 3200 IU/day or 800 IU/day of vitamin D supplements for six months, while the other half (controls) received no test or supplements.

Neither of the vitamin D doses showed any effect on diagnosed acute respiratory tract infections or lateral flow tests or RT-PCR-confirmed COVID-19 cases over a six-month follow-up period. The number of adverse events was similar between groups, and no serious adverse event was attributed to study supplements.

The second trial was conducted in Norway between November 2020 and June 2021 using cod liver oil, which contains low doses of vitamin D and vitamin A as well as omega-3 fatty acids.

A total of 34,741 adults (18-75 years) who were not using vitamin D supplements received either 5 mL cod liver oil or 5 mL placebo (corn oil) daily for six months. The majority of participants (86%) who were tested had adequate vitamin D levels at the start of the study.

Again, the researchers found no effect of cod liver oil on acute respiratory infections or PCR-confirmed COVID-19, compared with placebo. The cod liver oil group had no more side effects than the placebo group and only low-grade side effects were reported.

Both trials have notable limitations. For example, in the UK trial, participants randomized to the active arms knew they were taking an active drug and almost half of the controls took a vitamin D supplement on at least one occasion during the trial. In the Norway trial, participants were relatively young and healthy, and most (when tested) had adequate vitamin D levels at the start of the study.

The findings should also be interpreted in the context of a highly effective vaccine rolled out during both trials.

Nevertheless, both trials had several strengths, including the use of RT-PCR swab tests to confirm infections and high levels of compliance among participants. The results are also in line with previous research that found no preventive effect of vitamin D on the risk of COVID-19.

Together, these new results suggest that vitamin D supplements do not reduce the risk of COVID-19 or other acute respiratory infections.

In a linked editorial, Professor Peter Bergman at the Karolinska Institutet in Sweden says vaccination is still the most effective way to protect people from COVID-19, and vitamin D and cod liver oil supplementation should not be offered to healthy people with normal vitamin D levels.

Instead, he suggests clinicians could focus on risk groups, including people with dark skin, or skin that is rarely exposed to the sun, pregnant women, and elderly people with chronic diseases, who could be tested before supplementation. 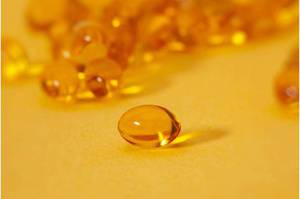