Some of the most common cancers affecting children involve parts of the central nervous system, like the brain or spinal cord. Some of these cancers are solid tumors – large groups of cancer cells that can grow anywhere in the body. These are different from cancers of the blood, bone marrow, or lymph nodes, which are called liquid tumors. Pediatric tumors, such as brain cancers or medulloblastomas, do not respond well to traditional chemotherapy and radiation treatments, leaving few options.

In the past decade, an approach called immunotherapy has had some successes, though mostly in treating pediatric leukemia rather than brain cancer. Immunotherapy helps the immune system fight the cancer inside the body. Immunotherapy works in many different ways. For instance, immunotherapy can improve the body’s ability to attack diseases by genetically modifying immune cells to make them more lethal. It can also work by inhibiting “checkpoint” molecules, which cancer cells use to suppress immune responses against tumors.

In general, T cells are made by your body and help protect it from infection. Every cell, even cancer, has different proteins on its membrane that give that cell its identity, like a tag. Chimeric antigen receptor T cells are designed in a laboratory to bind to these “tag” proteins on cancer cells. This means that T cells with this special antigen on them will kill cancer cells that have the target protein on their surface.

But, picking the right antigen is difficult. If scientists choose a target protein that is also found on non-cancer cells, those cells could die as well, leading to severe side effects. The ideal target protein is one that is unique to cancer cells. In previous studies, these special chimeric antigen receptor T cells have been successful in treating pediatric leukemia and some skin cancers.

The scientists wanted to determine if creating a new chimeric antigen receptor that targets a specific checkpoint molecule known as B7-H3 could decrease the size of bone and brain tumors. B7-H3 was found in 84% of the 388 tumor samples taken for this study, and 70% of the samples had a high amount of B7-H3, making it a good potential target.

This study was a preclinical trial, meaning there were no human patients. Instead, researchers injected mice with cells from the target cancer types. This caused a tumor to form on the skin of the mouse’s leg, which is easier to study.

Two to three weeks later, once a tumor had formed, the mice were injected with the B7-H3 chimeric antigen receptor T cells through a vein in their tails. The researchers then observed the size of the tumor over time by measuring it with digital calipers, a very precise ruler-like tool, one to two times weekly. If the tumor reached a certain size (12.5 mm in one direction), the mouse was euthanized or its leg was amputated humanely.

The researchers found that the tumors shrunk in the mice that received B7-H3 chimeric antigen receptor T cell injections. They also lived longer than the control mice. The data showed that these special T cells began to destroy tumor cells in the central nervous system approximately seven days after treatment, while the controls showed no notable effect.

After 50 days, all of the control and untreated mice had died. On the other hand, 9 out of 10 mice that received the B7-H3 dose survived for over five months. In osteosarcoma specifically, a disease with a near 100% mortality rate, almost all of the mice survived after treatment of B7-H3 chimeric antigen receptors.

This preliminary experiment has shown that immunotherapy with these special cells improves survival for mice with solid surface tumors resembling Ewing sarcoma and medulloblastoma. The study authors say that the next step for this research is to conduct carefully designed clinical trials to determine if it might be effective in humans. 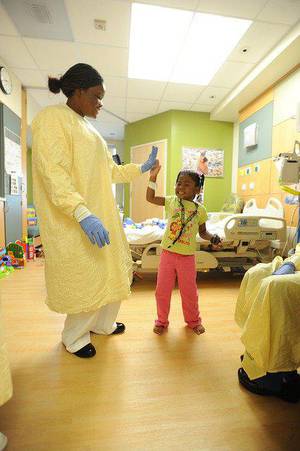