New research from pediatricians at UT Southwestern and Children's Health reveals the impact of COVID-19 on mental health in children. Separately, a study funded by a $2.5 million grant from the Eunice Kennedy Shriver National Institute of Child Health and Human Development (NICHD) will investigate the ideal way to use oxygen during resuscitation of infants born preterm.

A study led by Jacqueline Bolt, M.D., a UTSW Pediatric Emergency Medicine Fellow, examined how the patterns and outcomes of pediatric mental and behavioral health (MBH) visits to the Emergency Department (ED) at Children’s Medical Center Dallas changed before the pandemic and after it began. Dr. Bolt and her colleagues collected information from electronic medical records on patients who visited the ED from March through September between 2017 and 2019 to study trends before the pandemic, then compared the same span between 2019 and 2020.

The researchers report in Pediatric Emergency Care that ED visits for pediatric MBH gradually increased in the years before the pandemic, reflecting nationwide trends. Although overall ED visits for MBH decreased in 2020, the proportion of total visits jumped 42.8%. Demographic groups with the highest increase in MBH visits included females, adolescents between ages 15 and 17, and non-Hispanic patients. Pediatric patients who came to the ED in 2020 for MBH treatment were significantly more likely to be admitted or transferred for inpatient psychiatric care than in previous years.

Other UTSW and Children’s Health researchers who contributed to the study include Faisalmohemed Patel, Laura Stone, Divya Pandian, Matthias Manuel, and Nakia Gaines.

The NICHD grant will fund a multicenter randomized controlled trial in preterm infants to be led by Vishal Kapadia, M.D., UT Southwestern Associate Professor of Pediatrics. It builds on a pilot study conducted at UTSW that tested the optimal target oxygen saturation range that decreases oxygen toxicity and allows the lungs of vulnerable preterm infants to better adapt to the environment outside the womb.

Dr. Kapadia explained that additional oxygen is often needed to maintain normal blood oxygen levels in extremely preterm infants at birth because their lungs are not well developed. Too much oxygen use at birth has been linked to oxygen toxicity, which can result in injury to immature organs including the lungs and brain. Too little oxygen use at birth may result in respiratory failure and organ injury due to low levels of oxygen in the blood.

To achieve this balance, national neonatal resuscitation program guidelines recommend that resuscitation start at low levels of a blended mixture of air and oxygen and that the oxygen level be adjusted to achieve target blood oxygen levels. These levels are based on expert opinion and data involving healthy term infants who likely did not receive delayed umbilical cord clamping. Recent research suggests healthy term babies who undergo delayed cord clamping have higher oxygen blood levels at birth than previously reported.

The new study led by Dr. Kapadia aims to verify these findings in a much larger sample of 800 preterm infants born at medical centers across the country.

“This research has the potential to transform the delivery room management of preterm infants worldwide and provide a simple and inexpensive way to reduce death and lung disease in this population,” Dr. Kapadia said. 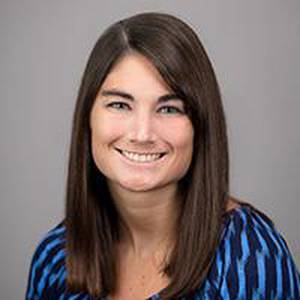