Can early-stage prostate cancer “vanish” during follow-up? More likely the cancer is just “hidden”—either way, negative biopsies during active surveillance for prostate cancer are associated with excellent long-term outcomes, reports a study in The Journal of Urology®, an Official Journal of the American Urological Association (AUA). The journal is published in the Lippincott portfolio by Wolters Kluwer.

During active surveillance, prostate cancer is carefully monitored for signs of progression through regular prostate-specific antigen (PSA) screening, prostate exams, imaging, and repeat biopsies. The goal is for men to avoid or delay treatment-related side effects without compromising such long-term outcomes as cancer progression or survival.

Sometimes, men undergoing active surveillance have negative biopsies showing no evidence of prostate cancer. While these patients may believe their cancer has “vanished,” they most likely have low-volume or limited areas of prostate cancer that were not detected in the biopsy sample. Dr. Chu comments, “While a negative biopsy is a good news, the long-term implications associated with such ‘hidden’ cancers remain unclear.”

To evaluate the long-term significance of negative biopsies, the researchers analyzed 514 men undergoing active surveillance for early-stage prostate cancer at UCSF between 2000 and 2019. All patients had at least three surveillance biopsies after their initial prostate cancer diagnosis (total of four biopsies). The median follow-up time was nearly ten years.

However, having negative biopsies didn’t mean that cancer had “vanished” – even some men with consecutive negative biopsies later had positive biopsies or were diagnosed with a higher stage of cancer. Therefore surveillance, although less intense, is still recommended rather than “watchful waiting” for men in good health. Higher PSA density and suspicious findings on prostate magnetic resonance imaging (MRI) scans were associated with a higher risk of cancer detected on later biopsies.

“Negative surveillance biopsies in men on active surveillance indicate low-volume prostate cancer with very favorable outcomes,” Dr. Chu and colleagues conclude. “A less-intensive surveillance regimen should be supported in these patients after discussion of risks and benefits, particularly in those with low PSA density and adequate MRI-targeted sampling.” 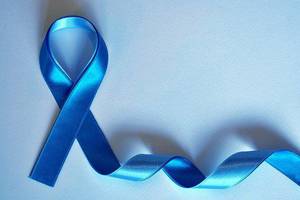 From Silent Killer to Treatable Disease: Improved Detection Methods for Ovarian Cancer
UP NEXT...
How ADCs Are Transforming HER2+ Metastatic Breast Cancer: Discover the Latest Clinical Trend
CME