It adds to evidence from other countries that the virus may have been circulating much earlier than thought.

Chinese officials confirmed the first cases at the end of December. Italy's first case was in mid-February.

In May French scientists said tests on samples showed a patient treated for suspected pneumonia near Paris on 27 December actually had the coronavirus.

Meanwhile, in Spain a study found virus traces in wastewater collected in mid-January in Barcelona, some 40 days before the first local case was discovered.

Samples from October and November came back negative, showing that the virus had not yet arrived, ISS water quality expert Giuseppina La Rosa said. Wastewater from Bologna began showing traces of the virus in January.

However, she said the research did not "automatically imply that the main transmission chains that led to the development of the epidemic in our country originated from these very first cases".

Italy's first known non-imported virus case was a patient in the town of Codogno in the Lombardy region. The town was closed off and declared a "red zone" on 21 February. Nine other towns in Lombardy and neighboring Veneto followed and the entire country went into lockdown in early March.

The ISS said the results confirmed the "strategic importance" of sewage water as an early detection tool because it can signal the virus's presence before cases are clinically confirmed. Many countries are now using the technique.

The institute says it aims to begin a pilot project monitoring wastewater at tourist resorts in July with a view to setting up a nationwide wastewater monitoring network later this year. 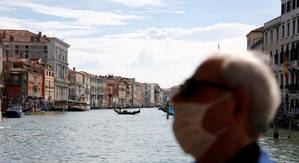 Applications of Proton Therapy for Breast Cancer
UP NEXT...
Primary HPV Screening & Genotyping in a 26-Year-Old Woman
CME