Data suggests side effects from a booster dose of a mRNA Covid-19 vaccine have been similar in frequency and type to those seen after second doses — and were “mostly mild or moderate and short-lived,” US Centers for Disease Control and Prevention Director Dr. Rochelle Walensky said on Sept. 28.

The two-shot vaccines from Moderna and Pfizer both use genetic material called messenger RNA, or mRNA, to deliver immunity.

Walensky cited a study published that day by the CDC. It covers 22,191 people who received a third dose of an mRNA vaccine and made reports to CDC’s v-safe system, a voluntary, smartphone-based app that lets people report how they feel after they’ve been vaccinated. The reports were made from Aug.12 (when the US Food and Drug Administration OK’d additional doses for certain immunocompromised people) through Sept. 19.

Among those 22,191 who made reports, about 7,000 – nearly 32% – reported any health impacts. More than 6,200 – about 28% – reported they were unable to perform normal daily activities, mostly commonly on the day after vaccination.

The most common complaints were injection site pain (71%), fatigue (56%) and a headache (43.4%). Of those who reported general pain, only about 7% described it as “severe.” Severe was defined as pain that makes “daily activities difficult or impossible.”

No unexpected patterns of adverse reactions were identified, the report said.

Some people reported getting a booster from different company than their original vaccine or getting a second dose of the single-dose Johnson & Johnson vaccine, but the report’s authors said the numbers in both cases were too small to draw any conclusions. 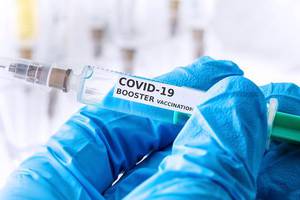