Black people and women with severe heart failure who might be good candidates for surgery to implant a heart-assisting device have a lower chance of actually getting that operation than white patients, or male patients, a new study finds.

The differences for Black patients cropped up mainly in patients whose chances of benefiting from a left-ventricular assist device (LVAD) were less clear-cut, usually because they had less severe heart failure. That meant it was up to their health care team and the patient to decide if they wanted to have the operation or continue with non-surgical treatment.

The patterns of LVAD use in women, meanwhile, suggests lower access no matter how severe their heart failure.

Differences by race and gender persisted even after the researchers took into account a raft of factors, from patients’ incomes and distance from the hospital to what their neighborhood population mix was like.

That raises the strong possibility that for these patients, the chance of getting an LVAD was influenced by conscious or unconscious race and gender bias on the part of health care providers, the researchers conclude.

And that means hospitals and heart failure teams need to take steps to ensure more equal access to LVAD care for all patients who might benefit, the authors say.

The study, published in JAMA Network Open by a team from the University of Michigan Frankel Cardiovascular Center and Institute for Healthcare Policy and Innovation, is based on data from more than 12,300 patients with traditional Medicare coverage. All had heart failure severe enough to send them to the hospital at least once in the eight-year study period.

The study shows no racial differences in LVAD use among the sickest heart failure patients, those who are the most clear-cut candidates.

Instead, the differences in LVAD use for Black patients clustered among those with a less clear-cut need for the device. That need, based on specific clinical characteristics, is measured with what’s called an LVAD propensity score. In the group whose scores were “on the bubble”, Black patients had much lower chances of getting an LVAD than white or male patients.

The researchers also looked at what happened after patients received an LVAD. Overall, patients survived for at least a year at equal rates, no matter what their race or gender.  Black patients in the “on the bubble” group actually had a higher chance of surviving at least a year than white patients (84% vs. 77%), even though they had a slightly higher chance of needing another hospital stay.

“These data show clear racial disparities in cases where there is ‘wiggle room’ for clinicians to decide which patients are most likely to benefit from an LVAD,” says lead author Thomas Cascino, M.D., M.S., a cardiologist and health equity researcher at Michigan Medicine, U-M’s academic medical center. “There is less aggressive use of this life-saving therapy among a subgroup of Black patients and all women with heart failure. While we also need to study the role of patient preference in LVAD decision-making for this group of patients, heart failure providers need to be cognizant of their potential for bias and how it might influence the recommendations we make to patients.”

Cascino and colleagues recently looked at another aspect of heart failure device care – the use of short-term mechanical circulatory support in patients who are candidates for a heart transplant. This analysis also suggested that center-level variation in use plays a major role in this type of care, which could in turn create inequality in a patient’s likelihood of being chosen for a heart transplant when an organ becomes available.  The team published the paper in the Journal of Heart and Lung Transplantation. 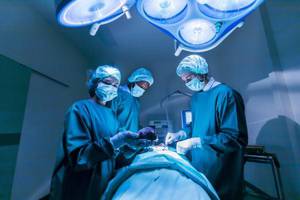