The World Health Organization (WHO) today released its first-ever list of fungal "priority pathogens," identifying 19 fungi that have emerged as significant public health threats because of their ability to cause severe invasive infections and their growing resistance to antifungal drugs.

Although the data on the prevalence of invasive fungal infections and patterns of antifungal resistance are scarce, and little is known about some of these pathogens, WHO officials say emerging evidence suggests the incidence and geographic range of fungal diseases are expanding due to climate change and increased global travel. The COVID-19 pandemic has also put the spotlight on the issue, with the reported incidence of invasive fungal infections growing in hospitalized COVID patients.

In addition, the population most at risk from invasive infections caused by these pathogens—including cancer patients, people with HIV/AIDS, organ transplant recipients, and other immunocompromised patients—is growing.

WHO officials are concerned that the limited number of antifungal medications, lack of rapid and sensitive diagnostics, and limited financial resources devoted to fungal infections will hamper the ability to detect and respond to the growing problem. They're hoping that the fungal priority pathogens list could have a similar impact as the document on which it was modeled—the 2017 WHO list of bacterial priority pathogens.

"We want this report to catalyze research and development on new antifungals and new diagnostics on fungal disease," Haileyesus Getahun, MD, MPH, PhD, director of AMR Global Coordination at the WHO, said in a press briefing.

He added that identifying these 19 fungal pathogens out of thousands of fungi will help direct research efforts and steer much-needed public and private investment in treatments and diagnostics.

Like the 2017 report on bacterial priority pathogens, the document is divided into three categories based on public health impact and/or emerging antifungal resistance risk: critical, high, and medium priority, with a note that some of the pathogens could be of more concern in regions where they are endemic. For each category, antifungal resistance was the most important criterion, followed by annual incidence, morbidity, and mortality.

Among fungi in the critical priority group is Candida auris, the multidrug-resistant yeast that was first-discovered in Japan in 2009 and since then has spread worldwide. Invasive infections caused by C auris, which spreads easily in healthcare settings and in some cases is resistant to all classes of antifungal medication, are fatal in as many as 53% of patients.

Another Candida species given critical priority is Candida Albicans, which is common in the mouth, throat, gut, vagina, and skin but can cause severe disease when it invades other tissue.

The biggest concern with these pathogens is when they get into the bloodstream, particularly in severely ill, immune-compromised patients. Carmem Pessoa-Silva, MD, an AMR team lead at the WHO, highlighted the presence of Candida species in all three groups, noting the ability of the fungus to cause deadly bloodstream infections.

"The attributable mortality due to Candida bloodstream infections is very high," she said. "The numbers vary according to the studies, but it's almost always above 30%."

Because of the high estimated mortality, and the need for more data, Pessoa-Silva said the WHO has started monitoring the incidence of Candida bloodstream infections in 23 countries. She also said the WHO's Global Antimicrobial Resistance and Use Surveillance System (GLASS) will soon be collecting resistance data on isolates from Candida bloodstream infections, which have become increasingly resistant to all four classes of antifungal medicines (azoles, echinocandins, polyenes, and pyrimidines) currently used in clinical practice.

"For most of the critical- and high-priority pathogens, the treatment options are limited and very toxic," she said.

Pessoa-Silva said that in addition to increased surveillance and antifungal development, more laboratory capacity and better diagnostic tools are also desperately needed. She noted that because invasive fungal infections often have similar symptoms to bacterial infections, patients are frequently misdiagnosed and get treated with antibiotics instead of antifungals.

A One Health issue

WHO officials also highlighted the fact that the emergence of resistant fungal pathogens as a global public health threat is a One Health issue, driven in part by inappropriate use of antifungals in agriculture. For example, the report notes that widespread use of azoles as fungicides to protect plants against fungal infections has contributed to rising rates of azole-resistant A fumigatus infections in humans. Azoles are the first-line treatment for invasive aspergillosis.

Gethun said the Quadripartite organizations (WHO, the United Nations [UN] Food & Agriculture Organization, the World Organization for Animal Health, and the UN Environment Programme) have started taking steps to identify which antifungals are critical for human health and develop strategies to ensure that they aren't used inappropriately in agriculture.

WHO officials said that while there are major knowledge gaps on the global burden of invasive fungal pathogens, it's important to "ring the bell" now and start stimulating targeted research investment and public health interventions. Hatim Sati, PhD, MPH, technical officer with the WHO's AMR Division, said that if one thing has been learned from the COVID-19 pandemic, it's that if you can do something early on to inform the public health response, it should be done.

"We don't need to wait until things are catastrophic to act," he said. 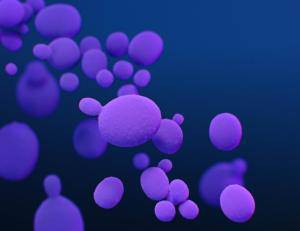