A compound produced in the gut when we eat red meat damages our arteries and may play a key role in boosting the risk of heart disease as we get older, according to the new University of Colorado Boulder research.

The study, published this month in the American Heart Association journal Hypertension, also suggests that people may be able to prevent or even reverse such age-related decline via dietary changes and targeted therapies, like novel nutritional supplements.

"Our work shows for the first time that not only is this compound directly impairing artery function, it may also help explain the damage to the cardiovascular system that naturally occurs with age," said first author Vienna Brunt, a postdoctoral researcher in the Department of Integrative Physiology.

Eat a slab of steak or a plate of scrambled eggs, and your resident gut bacteria get to work immediately to break it down. As they metabolize the amino acids L-carnitine and choline, they churn out a metabolic byproduct called trimethylamine, which the liver converts to trimethylamine-N-Oxide (TMAO) and sends coursing through your bloodstream.

Previous studies have shown that people with higher blood levels of TMAO are more than twice as likely to have a heart attack or stroke and tend to die earlier.

But to date, scientists haven't completely understood why.

Drawing on animal and human experiments, Brunt and her team set out to answer three questions: Does TMAO somehow damage our vascular system? If so, how? And could it be one reason why cardiovascular health gets worse -- even among people who exercise and don't smoke -- as we get older?

The researchers measured the blood and arterial health of 101 older adults and 22 young adults and found that TMAO levels significantly rise with age. (This falls in line with a previous study in mice, showing the gut microbiome -- or your collection of intestinal bacteria -- changes with age, breeding more bacteria that help produce TMAO).

Adults with higher blood levels of TMAO had significantly worse artery function, the new study found, and showed greater signs of oxidative stress, or tissue damage, in the lining of their blood vessels.

"Just putting it in their diet made them look like old mice," said Brunt. She noted that 12-month-old mice (the equivalent of humans about 35 years old) looked more like 27-month-old mice (age 80 in people) after eating TMAO for several months.

Preliminary data also show that mice with higher levels of TMAO exhibit a decrease in learning and memory, suggesting the compound could also play a role in age-related cognitive decline.

On the flip side, old mice that ate a compound called dimethyl butanol, (found in trace amounts in olive oil, vinegar, and red wine) saw their vascular dysfunction reverse. Scientists believe that this compound prevents the production of TMAO.

Brunt notes that everyone -- even a young vegan -- produces some TMAO. But over time, eating a lot of animal products may take a toll.

"The more red meat you eat, the more you are feeding those bacteria that produce it," she said.

Senior author Doug Seals, director of the Integrative Physiology of Aging Laboratory, said the study is an important breakthrough because it sheds light on why our arteries erode with age, even in the healthiest people. 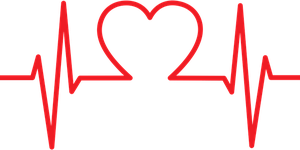