Women of color should get screened to know their breast cancer risk beginning at the age of 30, according to The American College of Radiology, which notes that they tend to get diagnosed with the disease earlier than white women.

“There was a recent publication that came out in Cancer that demonstrated that women of color have a higher percentage of breast cancer diagnosed at a younger age compared to that of white women,” said Dr. Jocelyn Rapelyea, the radiology program director at The George Washington University Hospital.

To catch cancer early when it’s most treatable, screenings are recommended for most women of average risk at age 40, because breast cancers tend to get diagnosed in women in their 50s. But, “those are all women. If we look at women of color, you actually wind up seeing that the age is less than 50,” Rapelyea said.

“You want to make sure that they know their risk. Whether they are at increased risk for developing breast cancer; whether there is a possibility of having any type of genetic mutation that will put them at increased risk,” Rapelyea said.

All of those things would need to be evaluated before that peak age, which would be before the age, less than 50 years of age.

“We want to start that process beginning at the age of 30, just to figure out what that risk might be, so that you can determine at what age you would recommend beginning screening,” Rapelyea said.

New recommendations issued this summer by the American College of Radiology and the Society of Breast Imaging suggest that women initiate risk assessment at age 30 to see whether screening before age 40 is needed.

When the update was published, the guidelines’ primary author noted in a news release the dire statistics detailing the disparity between minority women and their white counterparts.

Monticciolo said it is vital that women start screening at age 40. 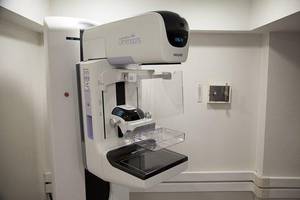