Dr. Lim:
So The PADA-1 study is one of the studies that I personally find the most interesting.  As you know, the ESR mutation is a mutation of the receptor where the endocrine—the therapy would need to be bound*12:48 and then develop the resistance, so the question has been:  If somebody is taking the CDK4/6 inhibitor, such as palbociclib, with the ESR mutation, would this patient still respond to the palbociclib plus aromatase inhibitor or the fulvestrant?  In this study, interestingly what the investigator has tested is that out of 1,000 patients or so, we’re testing their blood every 2 months to see if there is an ESR mutation, whether they remain stable, rising, even though there is no clinical progression, and then whether they change to different therapy of fulvestrant instead of staying on the aromatase inhibitor, whether they will do anything with the progression-free survival, better response, and the clearance of ESR 1.  About out of 1,000 patients, 565 patients have been able to have a rise of the ESR mutations, and then they are going on to randomization between the AI and the fulvestrant.

In the very first interim analysis of these patients in the progression-free survival between the AI plus palbociclib, based on the ESR mutation, there was a clear separation if you did have either baseline or the persistent or the rising of the ESR mutations.  The patient who had a baseline ESR mutation was over 7.1%, slightly higher than previously reported.  The estimated progression survival based on this randomization follow-up was a hazard ratio of 2.3 if they had an ESR mutation versus not.  And more excitingly that I personally found was there were patients who cleared the ESR mutation in their blood within 4 weeks period of time, and these patients who had a clearance of the ESR mutation in circulating tumor DNA actually did have a much better survival of the median overall survival of between 4 months versus 7.4 months, so this tells you, okay, the palbociclib CDK4/6 inhibitor could certainly work in this ESR mutation population.  However, the monitoring of this blood using circulating tumor DNA could actually guide our treatment decision, which is a much better than the imaging-followed guidelines of the stable disease.

We also did have another targeted agent that is still efficacious even after a patient has progressed on CDK4/6 inhibitor—it’s called PI 3-kinase inhibitor—but we are still left with the patient who has a different emerging resistance mechanism, such as NF1 loss, ERBB2 amplification, HER3 mutations or amplifications, and some of the other FGFR1 amplifications, and then those agents are still a little bit lagging behind.  So, for those patients who have a Luminal B cancer where they are running out of first-line therapy, second-line therapy and onwards, they are still dealing with use of the chemotherapy, and we really need to study them and really need to develop more targeted therapy based on genomic signatures that each individual patient has, and then this will bring up to a true Luminal B-based precision oncology.

Announcer:
That was Dr. Bora Lim sharing the findings of the PADA-1 trial and the potential impacts this study may have in breast cancer treatment. To revisit any part of this discussion and to access other episodes in this series, visit ReachMD.com, where you can Be Part of the Knowledge. Thanks for listening!

Explore how the PADA-1 trial was put together, what was found, and perhaps most importantly, what this might mean for future breast cancer therapies. 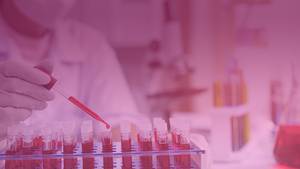